Regrouping back in town, the first order of business for most of the party was healing their hurts. Followed quickly by a trip to Synthini to place an order for anti-venom. Thus prepared, Riley (and Gurruk plus wolves), Darnorth and Erijay (and Fin the new War Dog) headed back to Stonehell. With Kern, Bjorn and Turrick off on other business, the party didn’t feel up to tackling the strange temple again. Instead, they decided to search the third level for the stairway the of which the kobolds had spoken. One that descended straight down to the trolls level. Passing through the old hobgoblin fortress, they ran once more into Lachesis and her two henchogres. Asked what her business was in the area, the lady coyly answered she was simply meeting with some of her clients. She asked the party the same, particularly how well their search for Duncal was proceeding.  So Riley filled her in on all their actions and plans thus far. At which the lady and the ogres left, off to attend to their own business.

Descending to the third level, the party passed the still unlocked double doors and headed north. Passing areas previously explored, they entered large room with empty bookshelves and a lectern. On the floor lay a mosaic map of the known world, with a number of points connected by lines. Of interest to the party, one of these points lay to the west near the ruins of Mor. Erijay overturned the lectern, finding in the hollow base a plain ring hanging from a silver chain. Pocketing it, she next stepped into an alcove on the opposite side of the lectern, only to find herself falling through the floor and into a heap of hurt at the bottom of a 20’ deep pit. The elf maid cried out for help, which caused no end of confusion to the rest of the party as they couldn’t tell where the voice was coming from. Eventually, Darnorth, using his dwarven underground construction logic,  figured out that it was emanating from the alcove. By trial and error he and Riley discovered the floor was an illusion covering a pit, and so lowered a rope to bring Erijay back to the surface. 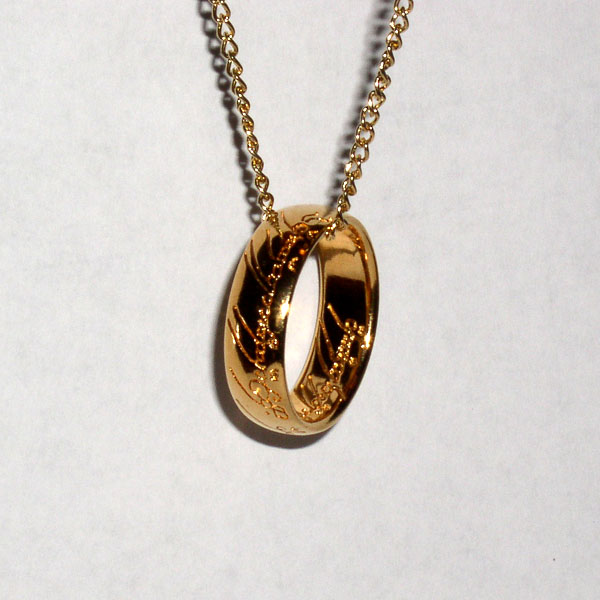 Taking a route north, next stop was a ruined sitting room with a large planter in the centre. Darnorth dug eagerly in the dirt, uncovering a wooden box. Thinking this is where Kern would come in handy, the dwarf carefully opened the box, ensuring that the lid pointed away from him. Luckily, nothing happened, except the discovery of a pile of gold and silver coins inside. Dividing up their find, the party was about to leave when they saw a band of bugbears approach down a narrow 5’ wide corridor that ran north. Fighting in tight quarters, two of the bugbears were slain, and the rest fled back the way they came. Stopping momentarily to loot the bodies, the party cautiously crept up the corridor, shortly emerging into a hallway of more typical dimensions. Kicking open a door on one wall, they ran into a band of the strange half mechanical baboons encountered on a previous trip. Remembering these were no easy pushovers, the door was promptly closed and spiked shut (with two spikes just to be sure).

Following the corridor north and east, the party soon realized they were approaching the elevator from level two. And then remembered the gargoyles that guarded said elevator on this level. Which memory was reinforced by the appearance of three of the flying fiends who tore into the lead rank of Erijay and Darnorth. A brutal fight ensued, with the elf and dwarf being slashed and torn by the stony creatures. The two fought valiantly, while the others in the rear ranks could only watch. Except for Riley dispensing cure spells to keep the two demihumans alive. One gargoyle was slain by Erijay’s constricting sword, and the other two fell to the combined swords of dwarf and elf. But not before the two were brought to within inches of death. 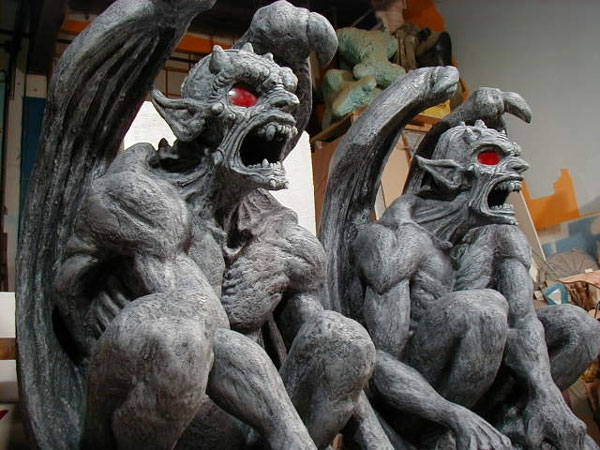 With their heavy hitters exhausted, the party headed back to Westmist. Passing once more through the old hobgoblin lair, they encountered a lone hobgoblin. He was sitting on the ground, polearm over  his knees and head in hands. Startled by the party, he jumped up and took a defensive stance. The party started to question him, while Erijay quietly cast ESP to see what she could glean from the creatures mind. After some persuasion involving the flat of a sword, the hobgoblin told them his name was Ur’uk, and was a survivor of the Century wiped out by the party here in Stonehell. He was loyally biding his time until his comrades would return, and was very wary of the party. With further offers of food and gold, the party seemed to win him over to aid them. Erijay, however, knew from her spell that the hobgoblin was bluffing and would take the gold and run at the first chance. When told of this, Riley dealt with the matter exactly as Habuu would expect; a quick beheading.

Once back in town and tidied up, they all headed to the Temple of the Three Virtues. Riley thought to ask if it was possible to recharge the now depleted Rod of Narissa. He managed to get an audience with Liphanes of the Highest Virtue, who greeted the cleric and his companions formally if not warmly. Riley then slowly played out the story of the Rod, and the corpulent churchman’s eyes widened when he realized the party had in their possession such an important artifact.  Liphanes made it known that he would not force Riley to give up the Rod, but the church would look favorably on him if he choose to donate it of his own free will. Figuring it was now of little use to the party, Riley turned it over to the Highest Virtue. In return, the cleric was promised he would always be able to access raise dead at the temple for free, and his companions would get a deep discount on the expected donation for the same service (now only 1000gp).  Riley also asked about his treatment at the hands of Lanthan, and was assured that the Undervirtue had been spoken to and Riley could expect nothing but a full welcome at the Temple. Before leaving the presence of the Highest Virtue, Erijay asked about the map they had seen with the lines. She was told they showed ley lines, lines that connected locations of great magical power. 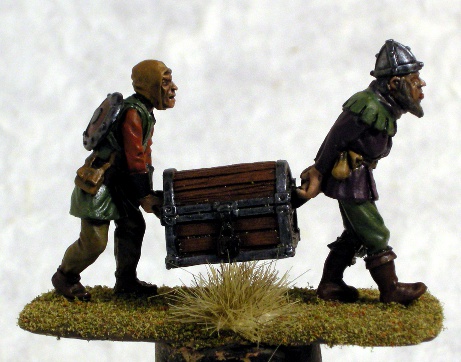 Next stop was Westmist Keep to see the Baron, with Erijay again casting her ESP spell to try to figure out what’s really going on. Shown to a side building in the outer bailey, the party cooled their heels some time until Borphus the  Outer Bailey Bailiff appeared, accompanied by two men-at-arms lugging a midsized chest. Borphus regretted to inform the party that Lord Merdwyn was not immediately available, but had sent him to deliver the party’s reward (1500gp).  Borphus likewise informed them that additional reward would be provided once the current invasion crisis was averted. It was also Lord Merdwyn’s request that the party not speak of the mission they performed on his behalf, and especially to not tell anyone that it had been a success. All through this, Erijay learned nothing new with her spell, as the Outer Ward Bailiff appeared to know nothing beyond his immediate duty.

Last stop for the day was The Black Nobel Nymph to find Bazzrel and pump him for information on the Iza’Ka. The Flying Mage couldn’t offer much information, stating only that the race were known to be mighty sorcerers from ancient times. And were believed by many to be more legend than fact. Darnorth then presented the strange metal tube he recovered from Mor to the mage to ask his opinion of it. Bazzrel was much intrigued by the strange device, but could offer no immediate help identifying it. He did offer to take it and investigate it further, to which the dwarf agreed.
Posted by ChrisS at 7:41 PM