Suitably refreshed and spruced up, the party reported the next afternoon to Westmist Keep for their meeting with the March Baron. Arriving at the gate, they were met by the guard detail and ushered into the Great Hall. Here they find a great feast laid out, with all the high officials and officers of the barony present, kitchen servers scuttling about, and a ceremonial guard around the perimeter of the room. Lord Merdwyn greeted that party with a warmth and hospitality that immediately put them all on guard; this was not the norm for their interactions with the March Baron. He bade them sit and eat, and he and the others pressed them for stories of their recent adventures.

With the table cleared and the last of the ale poured, Lord Merdwyn now got down to business. He informed the party that he had need of their services and would now be calling on the favor they owed him for getting Erijay out of the oubliette those short months ago. He waved forward a certain Sir Wyder, dressed in the royal livery. This royal knight proceeded to tell the party of new intelligence the king had gained on the hobgoblin invasion. In particular, the location of the leader of the hobgoblin armies, known only as “He Who Walks in Metal”, had been pinpointed. He was with the southern wing of the hobgoblin army in the ruined city of Mor. More he could not say, either on the precise location in the city or any clue as to the exact nature of this mysterious leader. Next Thuridici the Sage stepped forward to give a brief history of Mor. At the height of the Third Imperium, it marked the furthest western extent of the empire. The city fell to a army of mixed humanoids and mighty wizardry in the tumult that ended the Third Imperium some 250 years ago. Thuridici could provide little on the current state in the city, except that it was largely a ruin, and occupied mainly by descendants of those who survived the city’s fall. And of course the hobgoblins. He was able to provide a map that showed the city at the height of its power to help guide the party in their exploration. 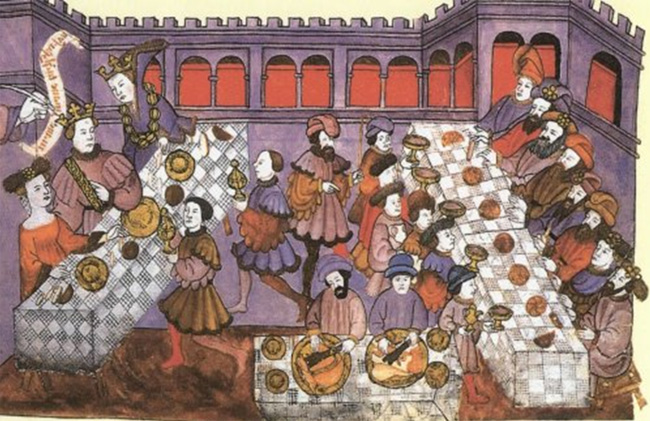 With the briefing now complete, Lord Merdwyn laid his request on the table; that the party travel west to Mor and assassinate “He Who Walks in Metal”.  The hope was that this will disrupt the invasion, and if not end the threat entirely, at least weaken it substantially. Lord Merdwyn offered whatever assistance he could, but made it clear there was only one particular answer was expected. After a brief huddle, the party tended to agree, and took the mission. And also took a supply of potions and scrolls procured by the March Baron from Sythini the Alchemist, Bazzrel the Flying Mage and Liphanes of the Highest Virtues. The March Baron, however, drew the line at providing men and horses. The party hadn’t a very good record of returning his men-at-arms alive.

After taking a few days to prepare and equip, the party headed out on foot for points west (travel by boat being impossible as the Valen River was frozen over). A chance encounter with a pack of wolves on the second day allowed Gurruk to master six of the canines as is loyal followers. Passing by the Citadel of Amrath, they found the Great River free of ice. The garrison of the Citadel likewise reported the River Thaytis leading west was ice free. The party chose to continue on foot (but avoiding travel on the old road itself), in order to get around the hobgoblins in the ruins of Nasper. Pressing on west over the river, they encountered another party of adventurers headed back to civilization after exploring the Untamed Lands. A tense but generally friendly encounter nearly turned bloody when Turrick tried to rifle though their bags. A combination of quick talking, Riley threatening physical violence on the halfling, and a rival party uninterested in a pointless fight at this time, averted the danger. 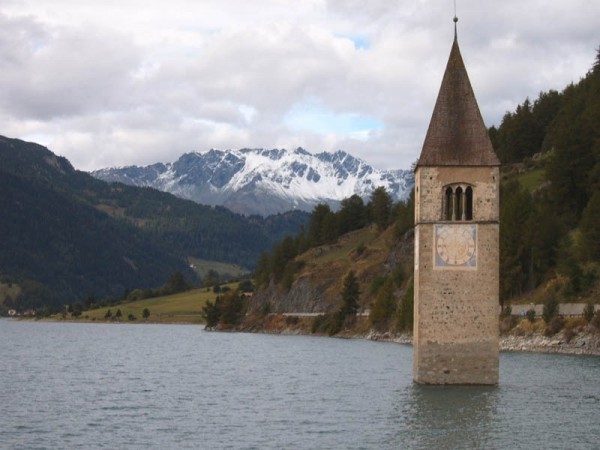 Over the course of the next few days, the party stayed in an oddly out of place fortified inn called “Braksis’ Hold”, and heard rumors and warnings about the “Castle of the Golum” and its resident archmage, Zoloren.  Ruins encountered along the shores of the Jeweled Lakes uncovered a supply of blank Imperial writs and a seal from the time of the Third Imperium (claimed by Turrick), as well as an old malachite fountain decorated with tarnished brass images of a dancing female figure (identified by Riley as Salue). On the seventh day out of Westmist, the party reached the third Jeweled Lake, and were now within striking distance of Mor. But here they also noted, 500 yards out into the lake, a partially submerged tower. Curious if theis had any connection the ruined city, Kern pulled out his folding boat and the party (less Gurruk and the wolves) rowed out to have a look. The tower stuck about 60 feet out of the water, below water it extended to at least the limit of vision. There were narrow windows in the tower, so Erijay carefully looked through one at water level. Inside she could see a structure spinning/rotating around, and every few seconds something would pass close by the window. Darnorth next used his boots to levitate to the upper windows and looked inside. Here he saw a massive contraction of gears and flywheels and cranks and levers, all apparently driving a vertical shaft in the centre of the tower, and all being tended by about a dozen 2’ tall, vaguely gargoyle-like clockwork creatures. Darnorth tired to communicate with the creatures, but they largely ignored him. So the dwarf slipped into the room to look around. The creatures continued to ignore him, but he did find an opening in the floor to one side of the tower. Looking down, this opening seemed matched by several more directly below on the lower floors, allowing a view of the towers lower levels. From this vantage point, the dwarf could see a spinning auger or blades filled the whole chamber below, with signs that a similar apparatus was located on the next level below water. Returning to the boat, he reported this to the rest of the party. Puzzled and intrigued, they decided however to move on to the primary goal, the ruins of Mor …
Posted by ChrisS at 7:45 PM