With Darnorth now fully recovered, the party began planning for their next decent into Stonehell. But not before first asking some pointed questions of Kern, who had mysterious disappeared for a day, only to come back with an uncontrollable case of the giggles and exhaling smoke with every breath (both of which thankfully cleared up in a few days).  Accepting the merchants mumbled explanation of wizards towers and quests, with a collective shrug their attention turned to the task at hand. Having found little of interest in their last few forays on the second level, the party was anxious to head deeper. However, the near disastrous encounter with the gargoyles last time made them wary of using the elevator. And they weren’t anxious to rely on the shaft discovered even earlier, so the decision was made to search the unexplored areas of the second level for additional routes deeper into the dungeon. Thus decided, Darnorth, Riley, Erijay (with Foxy) and Kern (with Norm and Sweet Jenny) headed out into the cold winter day to delve the depths of Stonehell.

After an uneventful passage to and through the first level, the party began further exploration around the lair of the madmen with the giant Jack-in-the-Box. Working their way around a giant toad who seemed interested in them, but non-hostile, they first went to recover the Jack-in-the-Box and the treasure they had left behind. To nobody’s surprise, it was no longer in the room. In other rooms nearby, they first disturbed a group of madmen with children (whom they left alone) as well as the tribes’ midden (from which they recovered the body of a dwarf adventurer carrying a set of silver dwarven gaming plaques). They also encounter a pair of bedraggled hobgoblins. Darnorth attempted to intimidate them by pointing out their former commanders’ helmet, which now adorned the dwarfs head. This plan backfired and the enraged hobgoblins attacked. They were swiftly dealt with, but not before one landed a hard blow to the dwarf in revenge.

Figuring there was little of interest left in the area, the party proceeded south into further unexplored sections. First stop was a room with a recessed caisson ceiling, which was decorated with the globes and a bas-relief of a shouting bearded face. Words were written in a speech balloon next to the mouth, so Darnorth levitated up to read them. At which point the script started to crystallize and crackle, and then exploded in a blast of intense cold that chilled and tumbled the dwarf head over heels. Following the reasoning that the trap must be protecting something, Darnorth tapped on the ceiling (now script free) and discovered it was hollow. A harder blow with Rileys’ war hammer broke open a small chamber, from which poured a shower of gold and silver coin over the dwarf and then onto the floor.  After exploring a map room, meeting room, and fighting off a band of berzerkers, the party found themselves in a small room with a low alter. On the dusty alter was a mass of candles and three brass scrolls, while over it glared a great three-lobed eye. Riley reached out to take the scrolls, but as he touched them, the eye shot a blue ray at the cleric. Shaking off the faint incorporeal feeling the ray caused, Riley took a ten foot pole and knocked the scrolls on the floor, then rolled them out the door and out of sight of the eye. He picked them up (safely) and passed them to Darnorth, who (thanks to his helm) was able to decipher the strange Braille-like writing. The three proved to be clerical scrolls, and Riley pocked the scrolls of speak with plants, quest, and locate object. 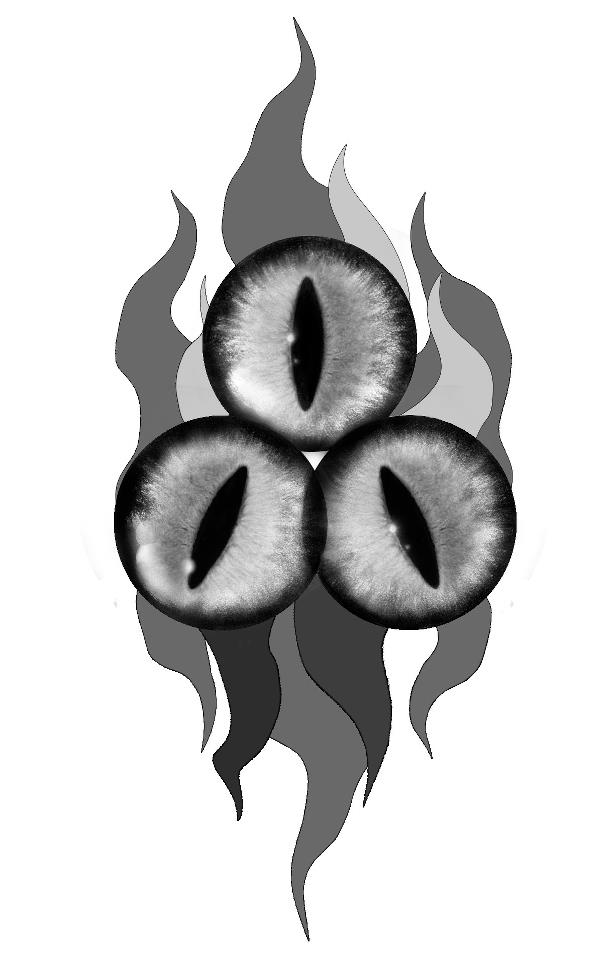 After checking out a room with a herringbone pattern on the floor, they next encountered a most unusual dungeon sight; a 12’ tall wind vane covered in strange glyphs. Darnorth read these and found they had something to do with the Elemental Plane of Air. Playing with the vane, they found it moved freely, and also found a hidden compartment below it containing another set of dwarven gambling plaques along with jewelry and coins.  Heading to the next room, they found a chamber much like the last, except it contained a 12’ tall obelisk also covered in runes. The party spent some time playing with the weather vane to see if they could ‘activate’ the obelisk to see what it would do. But with no success. Erijay copied down the glyphs for further study in the hopes of later deciphering their meaning. 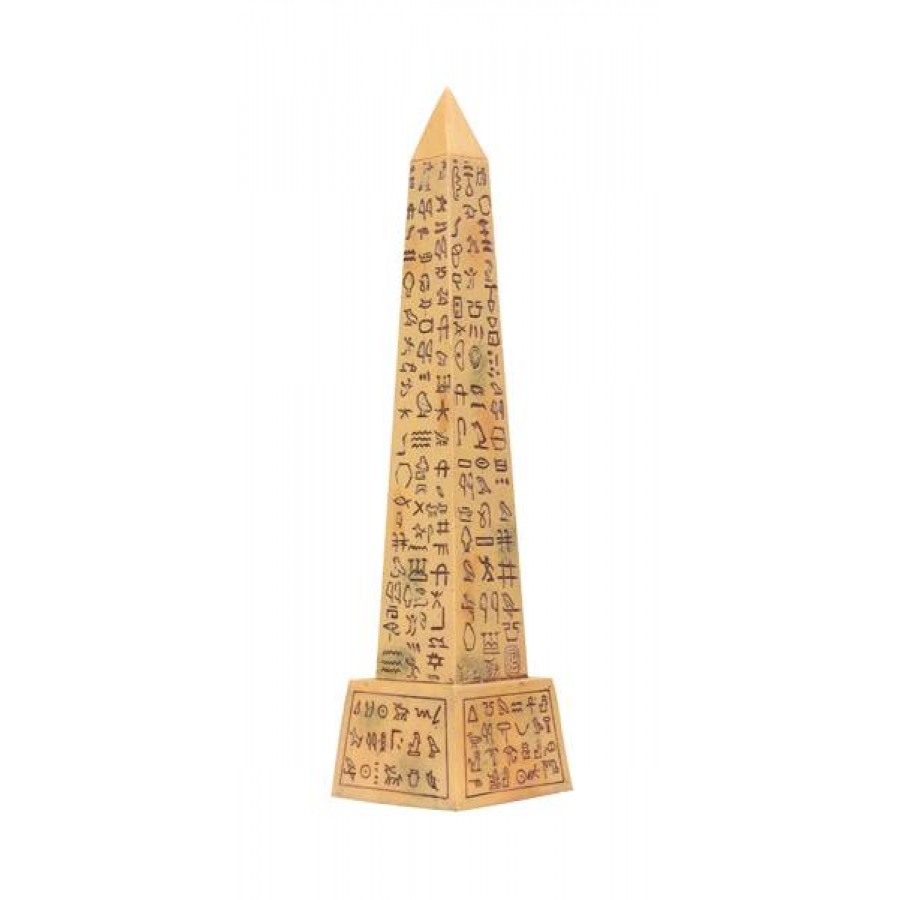 Next encountering (and slaying) another bedraggled band of hobgoblins, the party also recovered a satchel containing bologna, cheese and brandy. The bologna didn’t last long, being fed to yet another giant toad so it would allow them to pass unmolested. With the toad behind them, the party examined a fountain of silvery metal (a sample of which Erijay collected) and a room containing a statue and a green slime on the ceiling (which fell on Kern and had to be burned off). Next stop was a room with a font, where a voice said “Discard your raiment and cleanse thy hands and feet”. In no time, Darnorth and Riley had stripped naked (while Erijay looked away), and poured a flask of holy water into the font to wash. Apart from feeling a little less ‘dungeon grungy', nothing else happened.  So after first reminding Riley to get dressed, the party headed down a diagonal corridor. They soon heard a voice ahead, preaching a sermon of fire and brimstone. Moving forward, they entered a large room full of fire blackened pews, in the middle of which stood a skeleton engulfed in a column of flame. Sensing they were in for a fight, Riley blessed the party and then silenced the being. The skeleton, which until now had more or less ignored them, turned on the party ferociously once it realized it could no longer preach. It proved a short fight, however, as the party surrounded the undead preacher and ended his proselytizing days. 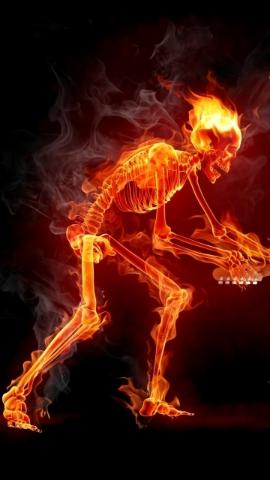 Moving down another diagonal corridor, they soon heard a very loud buzzing noise ahead. Kern moved ahead silently in the shadows and checked out the next room. It containing a huge wasp nest, around which buzzed a couple dozen giant wasps. He also noticed the floor was a mess of holes and overturned flagstones. Going back to report to the rest of the party, the decision was made to attack. Getting ready to burn the nest, numerous torches were lit, while Erijay prepared a sleep spell. Unfortunately, the wasps must have heard the preparations, as they were waiting for the party when they entered the room. In the mess that followed, Erijay and Darnorth in the front rank were overwhelmed by wasps, while several also flew over their heads to attack the rear ranks. Darnorth, as is his apt, fell to the poison of the flying beasts. Erijay, though stung multiple times and losing her first sleep spell in the process, survived the poison and was able to get off her second sleep. That proved the end of the wasps, as those not already slain by the party now fell into slumber. Pushing Darnorth’s body out of the way for now, the party finished off the comatose wasps, then turned their attention to the diggings. Figuring there must be something here, they all set to work with crowbar and shovel, until after awhile Riley shouted with glee when he uncovered a hoard of gems and jewelry. Loading up Sweet Jenny with the treasure and the dwarf, the party prepared to leave, but found their way blocked once more by a pack of the confounded giant toads. Since these seemed a little more aggressive than the others encounter thus far, the party choose to exit by another passage and work their way around the toads and then out of the dungeon. 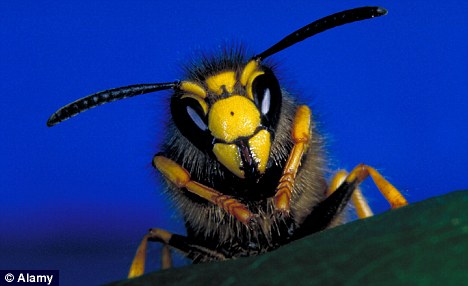 Back in town, a familiar routine was followed. First to Afflain the Fence to cash in some treasure for coin, and then to the Temple to exchange the coin for a raised dwarf. At the Temple, they were met with some bemusement by some of the younger acolytes, who had apparently been taking bets on which party member would be back to be raised next. The young Undervirtue who won the bet then suggested they could save some coin if they tracked down the legendary Rod of Narissa. After some prompting, he told them the story of the great ArchVirtue Narissa and the powerful magical rod she carried, which could bring the dead back to a full and vigorous life. She had been utterly destroyed some 300 years ago in battle with the elementalist lich Raxeses, but not before she used the rod to destroy the foul undead creature. The rod itself has not been seen since, apparently lost in the massive sandstorm that buried the mountain valley where the battle took place.

Leaving the stories and snickers behind, the party brought Darnorth home and deposited him in bed. Erijay went to visit Synthini for help deciphering the glyphs on the obelisk and weather vane. When the alchemist could not offer any help, the elf maid tracked down Bazzrel to question him. He wasn’t able to help much either, but confirmed that they did indeed pertain to the elemental plane of air and were some sort of summoning glyphs. More he could not say, as the elemental planes were not his area of study. However, he did note he had an acquaintance in the town of Serin some days travel to the east who was more knowledgeable in such matters and might be able to help.
Posted by ChrisS at 8:58 PM