Westmist Session # 28 - Looking for a Book


While Kern recovered from his ordeal in the Breeding Pits of Yg, Riley rallied Eirjay (with Foxy the Wardog) and Darnorth to delve again into Stonehell in search of the Cobra Codex. Reasoning the best place to start would be in the temple of Yg on the second level, the party entered through Slate’s secret entrance and worked their way through the old hobgoblin lair. Along the way, they encountered a band of gnolls hunting giant toads, whom Erijay convinced to let the party pass without incident. Heading into one unexplored section, they discovered an old food storage room and a second dank and wet room containing a gut churning stench. Darnorth decided to hold his breath and enter, taking a quick look around before having to take in a gulp of the foul air. He immediately felt extremely nauseous and collapsed to the floor. Erijay and Darnoth pulled him out and the dwarf soon recovered, but they began to plot a better way to see what was in the room. Taking Darnorth’s ball of string, they soaked it in oil and used it to run a fuse into the gassy room. Lighting one end, the party sheltered in the storage room, and moments later the burning fuse ignited the gas with a massive explosion.  Waiting a few minutes, the party entered the room, noting a lingering odor mixed with the burning smell. Searching for a short time (and finding nothing of note), they noticed the stench building up again. Surmising that it must be entering through some unseen cracks, they wisely choose to turn elsewhere to explore. 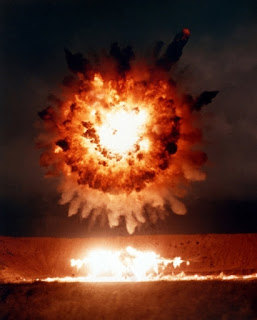 Encountering the gnolls again (now settled down to a meal of giant toad and in no mood to talk), the party moved into the old lizardfolk lair. Of note here was the discovery of a new cave off the mound chamber; a cave which everyone swore had not been there before.  Exploration of it didn’t reveal much, except a curious giant frog who Erijay distracted by tossing it food. They also noted that the mud on the floor appeared ‘new’ and undisturbed, unlike that in the rest of the cave system where it had been well trampled by countless feet.  The party checked one last unexplored chamber in the temple area, a chamber with walls covered in frescos of giant serpents devouring human sacrifices, the roof supported by two pillars carved as giant snakes and ending in a collapsed tunnel.  Here, Riley called on the mighty Habuu to help him locate the Cobra Codex. The cleric did not, however, sense the presence of the tome in this area. Stymied in the search here, the trio decided to head west into some additional unexplored spaces.

On the way, they felt the characteristic rumble that indicated the nearby elevator room was in motion. Heading there at top speed, they arrived at what was once a dead end hallway, but which now contained a new room. On the north wall was a massive brass lever in the ‘up’ position.   Cautiously, Darnorth pulled it down slightly and the room sank a few feet. Slowly pulling the lever, the room sank further and the door they entered disappeared, only to be replaced in a few minutes by another entrance on a (presumably) lower level. Stepping out into the short hallway, Erijay started examining the walls, looking for some way to summon the elevator from the outside. At the same time Riley spiked to lever to hold it in position, to make sure the elevator didn’t ‘wander’ off. Darnorth stood watch, a good thing as four flying shapes now descended on the party from the room into which the hallway opened. The stone skinned beasts, with bat wings and fearsome claws and horns, tore into the party with their attacks. While the party was able to hold them off for awhile, the gargoyles soon started inflicting significant hurt. Deciding to make a run for it, Riley ran back into the elevator to wrench out the spikes and get back to the second level. Darnorth and Erijay tried to fend off the fiends, but one slipped by and took out the cleric with a fearsome claw. Luckily, Riley was able to get the spikes out and the elevator in motion, and Erijay and Darnorth were able to keep the remaining gargoyles at bay. As the elevator room rose and blocked off the door, the elf and dwarf turned their weapons on the gargoyle left in the room with them, and successfully destroyed it before the room stopped on the second level.  Having time now to tend to their comrade, they noted Riley still lived, so they bound his wounds and headed back to Westmist.  But only after Darnorth snapped off the gargoyles’ horn for a souvenir. 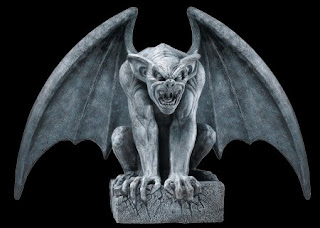 After a few weeks rest, Riley was eager to again look for the Codex. Taking a different route this time, the party headed through the first level and down the stairs to the section where the strange people and evil fairies had been encountered previously. They were immediately stopped in their tracks by a new wall that had not been there on their last visit. So they did the next best thing, which was smash open a nearby door. Inside were four of the odd men, who were apparently unimpressed with the party’s manners and made moves to attack. Trying to avoid a fight, Riley pulled the door shut, but the men continued to try opening it while at the same time howling and screaming at the top of their lungs.  Accepting they had to fight, Riley released the door and the men poured into the corridor, only to fall quickly to the party’s blades.  A search of the room found nothing of interest, so next stop was the baboon room again. This time, the baboons were calmer, grooming and resting rather than fighting and eating. Riley dragged a couple of corpses along with him and tossed them in the rooms with the baboons. The primates fell on the bodies with glee, allowing the party to pass through the room and though the door on the other side. Alas, this room appeared to be a baboon midden, with an awful stench of baboon feces and urine. Deciding to leave well enough alone, they left the baboons to their gruesome feat and moved on.

In their attempt to get around the new wall, the party decided to try going through the room with the ragtag band encountered some weeks before. Darnorth, hoping to again distract them with shinny stuff, tossed a handful of coppers in the far corner of the room. Nonplussed, the ragged warriors fell on the party, likely aroused by the howling of their fallen comrades. A fierce fight was joined, with blows falling on both sides, and Foxy in particular eviscerating more than a few of their attackers. Darnorth was getting badly pummeled, a situation that only got worse when the door on the opposite wall opened and there emerged a massive warrior clad in chainmail and shield. He also fell upon the dwarf, and the unfortunate Darnorth fell to the blows of the crazed men just before Erijay, Riley and Foxy finished off the last of them. 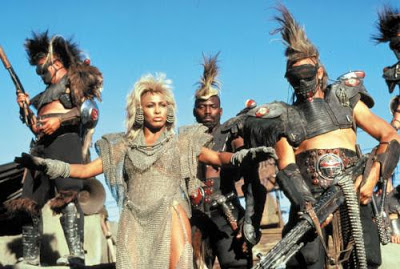 Checking first to see that there was nothing immediate that could be done for Darnorth, Riley and Eirjay searched the room from which the armored warrior had emerged. In there, they found a pile of rags and furs (apparently serving as a bed) and a huge multicolored box. Cautiously, Erijay opened the lid and out popped a puppet head on a spring! Puzzled, she looked inside to find a treasure of silver and copper coin, plus a single potion vial. The elf loaded up on coins, and then closed the lid and covered the box with the furs and rags. Riley picked up the fallen dwarf, and so the party returned again to Westmist. 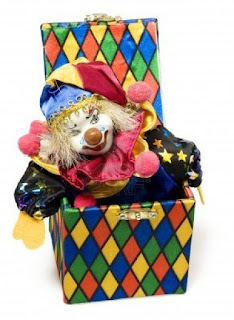 Back in town, a trip to Synthtini identified the potion as another potion of giant strength. Then there was the familiar trip to the Temple, for an audience with the Highest Virtue to have their fallen comrade raised. Despite Riley’s frantic signaling to keep quiet, Erijay took the opportunity to ask the senior cleric about Malfreces.  Liphanes took the question with better grace than his Under Virtue had, but still refused to give details, stating only that the matter was closed. And the Highest Virtue made it clear than Riley was still welcome at the Temple, regardless of the treatment he had received from some of the lower ranks.

Leaving the many chinned churchman, and depositing the weakened Darnorth back at the house for Riker to look after, Riley and Erijay starting asking around town about other parties exploring Stonehell. They tracked down one party at the Stone Maiden tavern, a pair of lady adventurers and their women-at-arms. The scantily clad leader Orwyne, and Trinsa the moody fighter, were reluctant to offer much information. Riley questioned them about the Cobra Codex, and the evasive answers he received made his suspicious. So he excused himself to the outhouse out back, and cast locate again, thinking the pair had the book. But alas, they did not. The pair warmed up a bit after Erijay offered copies of some of their Stonehell maps, and agreed to consider a joint expedition to the dungeon in the future.

Meanwhile, the March Baron dismissed his peasant levies to their homes and farms for the winter, and similarly paid off many of the mercenaries gathered in Westmist. Whether he was broke, confident there would be no action from the hobgoblins in the winter, or if there was some other explanation, none in the town knew. Lord Merdwyn was still in no mood to talk.
Posted by ChrisS at 7:44 PM