Westmist Sessions #31 - She's Starting to Creep Me Out


Spending just a couple of days in Westmist to recover and refit, the party soon headed back to Stonehell to further explore the new level. This time a pair of new henchmen accompanied the four stalwarts; Erijay, Darnoth, Riley, Kern. Kern hired Beorn the Twice Cursed, a strange mage from a far northern land with a raven for a companion. Riley, meanwhile, took up with a strange Wildman by the name Gurruk, a beastmaster from the woods. And of course Foxy and Sweet Jenny filled out the livestock part of the party. Norm, for his part, chose to stay in Westmist to spend some of his hard earned gold and party away for Year’s End.

Trudging through the snow, the party once more entered the second level through their secret entrance. Reaching the old hobgoblin lair, they were surprised to see light ahead as they left the caverns. Sneaking ahead to investigate, Kern was surprised to hear a familiar feminine voice say “Hello Mr. Kern. It’s good to see you again”. When he and the rest of the party emerged from the corridor, they found Lachesis and her ogre henchmen waiting for them. The lady once more unnerved them with her knowledge of their supposedly secret entrance, and after a short conversation left ht party to scratch their collective heads once more.  Moving onward, the party encountered a band of kobolds scrubbing scorch marks off a length of corridor, and none to interested speaking today (“imagine putting hard working kobolds to sleep …”). Finally down the stairs again, they headed for the magically locked double doors. Riley, chanting orisons to the mighty Habuu, called on his god to dispel the magical lock. They party was then free to explore deeper into the complex without fear of having their retreat blocked by the locked portals. 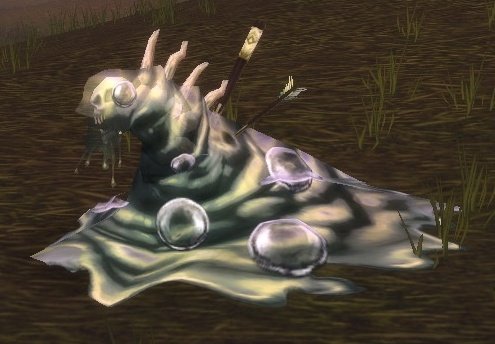 After ransacking an old storeroom (and loading some bags of leaves onto Sweet Jenny), they discovered a room with cistern in the centre of a wet floor. Cautiously moving forward, a section of what appeared to be the floor lashed at Darnorth with a grey slimy pseudopod. The rest of the party came to the dwarfs rescue, but not before the acidic ooze had largely destroyed his fine suit of plate mail. While there was some discussion of returning to town to re-amour the dwarf, they decided to move on and take their chances with a slightly less solid Darnorth.  The next room stood out due to its unusual door; unlike the usual iron banded wood seen elsewhere in Stonehell, this door was banded in what appeared to be bronze. Opening it, the party saw on the other side a rectangular shape, glowing with a bright white light. Entering, Erijay and Riley moved towards the object, only to be jumped by three gargoyles hiding above the door.  After battering the flying creatures into stone rubble, the party proceeded to examine the object. It appeared to have no physical existence, but yet the light did support weight and resisted their attempts to move or damage it. Going over it from top to bottom, no clues were found, except a sense of general unease and tingling felt by Riley when he crawled behind the object. 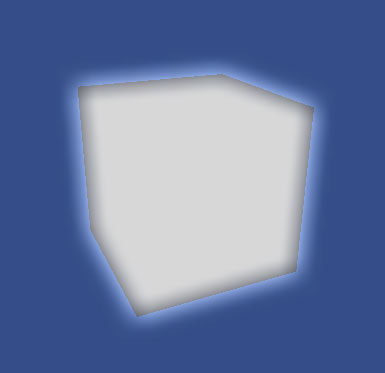 Having exhausted all attempts at unraveling the mystery, the party moved on, only to once more meet Lachesis waiting for them in the corridor. Again, she gave them the distinct impression nothing they were doing escaped her notice. Once more, a futile attempt to pump her for information failed, and the party was left to continue on relying on their own wits. Although she did, in response to Kerns question, hint that there existed a safe room within the dungeon where the party could rest. And she would tell them where to find it, in return for the proper payment, of course.

Left alone again, the party pushed on, fighting a band of bugbears lazing around in one room. In others they found a few curious objects (a wooden statue of a mouse labeled ELEPHANTS TERROR; and an iron coin, painted white with the number “5” on each side). Opening another set of double doors, they were greeted by heavy, humid air and a smell of earth and plant growth. Pushing west beyond the doors, they soon encountered loam on the floor and then a tangle of grasses, ferns and mosses. Overhead was a curious set of iron pipes dripping water, while about them was a faint ethereal glow. Breaking into a few more rooms, they found more verdant plant growth. One was an old horticultural library, and the other contained a pair of crates. One full of fine glassware and the other full of bottles of 100 year old wine. Taking this as a sign on Year’s End Eve, the party backtracked and headed home to Westmist to celebrate the end of the 1577th year since the rise of the First Imperium, and to look forward to additional adventures and riches in the year ahead.
Posted by ChrisS at 8:37 PM