Westmist Session #14 - Once More into the Depths

Back to Stonehell, the party's (consisting of Turrick, Erijay, Darnorth, Riley, Eazam and Kern) first task was to convince Kern's new mule, Sweet Jenny II, to go down the stairs. It was discovered that carrots worked, but sweet talking by the dwarf did not. Heading back to the second level, they first encountered  a lone berserker wandering the corridors. Riley boldly waved his companions aside and dealt with the deranged fellow alone, thereby fulfilling his quest and regaining Habuu's favor.

Exploring new rooms. the party encounter one door with an ominous sign: "Do Not Disturb the Slumber of It".  They of course entered the room, to find a coffin, nailed shut and draped with dried garlic cloves. While Turrick made a  necklace of the cloves, the other argued over the pros and cons of opening the coffin. In the end, they elected to heed the sign and explore elsewhere. They continued to encounter odd sites, including ball of brightly coloured string sitting in front of one door, which Darnorth claimed for his own. 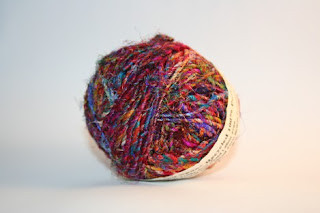 Entering a room where faint, ghostly whispers could be heard, Kern listened carefully and received great insight from the voices, determining their best bet for treasure lay to the south. Heading that way, they entered a vast pillared hall. While cautiously moving around the perimeter of the room, they were attacked by 3 giant spiders, which were soon dispatched. Encountering a pile of rubble from which a skeletal hand protruded, they decided to dig to see who or what lay beneath. They discovered the crushed body of a dwarf, of which  the most notable feature were a pair of pink boots on her feet. These were claimed by Darnorth. At this point, the party was interrupted by a band of ghouls entering the far side of the room. While at first dismayed by the presence of the foul undead (due to their previous, deadly encounters), the ghouls  were dealt with rather easily a combination of missiles and burning oil. All the same, both Kern and Turrick were paralyzed by their diseased touch.  Unsure of how long the paralysis would last, the party threw Kern and Turick over Sweet Jenny's back and headed north to a secure location to res. However, they were pleasantly surprised to find the two had recovered before camp was made. 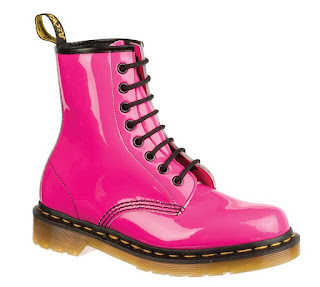 Heading south again, they entered a room with eight white circles painted on the floor, each with six dead rats tied together by their tails. Being careful to not disturb  the circles, they next found a band of small human like figures, with vaguely simian features. These were unfazed by the party's presence,  and uncommunicative, but instead were intent on painting the walls with a strange, repeating whorled pattern.  Leaving these creatures behind, the party entered an old lounge full of rotted furniture (from which Riley recovered a handful of coins), old cloaks and a smashed harpsichord.  And two large bats, who descended on poor Sweet Jenny as the torch had been placed on her harness. The bats were slain, but not before Jenny suffered a number of bites. 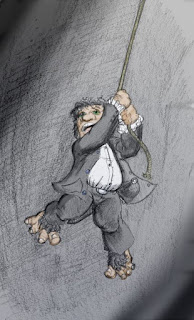 In the next room the party found a shaft, hidden under a threadbare carpet, leading down to the next level. Turrick was lowered down to find the smashed remains of some sort of lift, as well as a corridor covered in a foot of dirt, overgrown with plant life, all lit by a strange dim light. Not willing to risk a lower level right now, the halfling was pulled back up to continue exploring the second level.  Pushing on, Kern luckily heard sounds ahead. Gliding forward, he found a room that looked like an abattoir, occupied by three ghoulish shapes having a meal. Sneaking back to tell the others, a plan was formulated that involved lots of oil and missile weapons. However, the party was too quick to light the oil. For when they got the ghouls attention, the foul creatures were clever enough to not go through it, but instead left by a another corridor to try taking the party from the rear. One stayed behind and did rush the party when the flames died down,  but fell quickly to the combined efforts of the party. The majority of the party then entered the abattoir to muck around in the offal and look for treasure, for which efforts they were rewarded with many coins and gems. However, the other two ghouls now appeared and fell on those left to guard the corridor. A furious melee ensued, in which Riley was paralyzed and the two ghouls attempted to carry him away. Eazam used his magic rope of climbing to latch onto the cleric, and with help for Kern , pulled Riley from the creatures grasp. The ghouls then turned on Eazam, paralyzing both he and Turrick, who happened to be standing in front of the fighter. A fusillade of blows, however, ended the undead threat before further harm came to the helpless trio, Waiting for the three to recover, the rest of the party loaded Sweet Jenny with the treasure , and then once again emerged from the depths of Stonehell.
Posted by ChrisS at 8:10 PM