Westmist Session #13 - Deeper into the Dungeon


Back again in Stonehell, the party (comprised of Eazam, Turrick [with henchelf Elineel and dogs Hamburger and Barkanater], Kern, Lorek, Riley and Erijay) headed down to the next level voluntarily for the first time. It was quickly obvious that this space was unlike any they had yet encountered.  Overall, it was in much poorer condition than the first level, and it seemed the kobold work crews didn’t visit these rooms and corridors. They also encountered a number of strange sights in several rooms; bizarre and blasphemous writings, a room full of bones neatly arranged in patterns and piles, walls covered in child-like stick figures, and so on.

The odd surroundings were accompanied by odd encounters. First, the party was surprised to find one of Turrick’s dogs under attack by unseen forces, the only sign being bloody wounds appearing on the dogs back. This caused the group to turn back, and look for another avenue of exploration. In one room, Eazam claimed a small round table and proceeded to use it as a shield/ram while opening doors. Alas, this didn’t help him at one door, where a swinging blade swept down onto his head. This was followed by an attack of some sort of primitive or crazy men, who were dispatched without too much fuss. Eazam’s table didn’t help in the next room, a cavernous pillared hall with a strange ring of large mushrooms growing in the center. Eazam proceeded to hack at one of the mushrooms, at which point the party found themselves surrounded by a large band of winged, 1’ tall fairy creatures who appeared seemingly out of thin air. Their leader demanded they cease their destruction and leave, and when he was not immediately obeyed, charmed Eazam into obedience.  They rest of the party tried to negotiate Eazam’s release, but the fairy leader said he would be freed only if the party could ‘place the Unseelie Court on the throne of the fairy realm’. Which they quickly decided was probably an impossible (and probably undesirable) task. 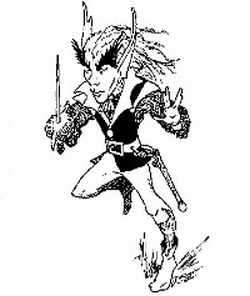 Leaving Eazam in the hands of the fairies, the party explored another room. Without Eazam to open the door this time, Riley did the duty but then pushed one of Turricks dogs in the room to see what would happen. Immediately, two massive spiders dropped on the dog and tried to tear it to pieces. The rest of the party (except Riley, who held the door) rushed in to deal with the huge arachnids. Alas, this did not go well, as both dogs, Lorek and Elineel fell to the potent venom of the beasts. Elineel at least was able to shake off the poison and survive, weakened but alive. The same could not be said for the others. 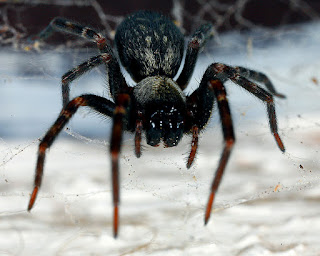 Carrying the fallen cleric, they returned to Westmist to recover and regroup. After some discussion of the pros and cons, it was decided they would return to Stonehell the face the fairies and try rescuing Eazam (who at this point was bound by a magic rope, being tortured by his twisted captors).  Joined by the charismatic dwarf, Darnorth, they headed into the dungeon once more. First, at Turrick insistence, they visited the Wheel of Fortune to try their luck.  Turrick and Danforth came out feeling healthier and more vigorous than before. Eirjay and Rylee both ended up worst for wear, unable to perform at their usual peak for the rest of the day. And Kern nearly got turned into a squirrel.

Leaving the wheel, the party surprised the fairies and made short work of them. Using paint and flour to make them visible, Erijay then dropped most with a sleep spell, while the rest fell to the blades of the rest of the party in short order. But not before the fairy leader was able to encase Kern and Darnorth in a mass of sticky webs. Their foes defeated, the party release Eazam from his magical bonds (which he then kept). Kern discovered the spell book of the fairy sorcerer, which was given to Erijay. Now reunited, they party returned to Westmist to rest and recover.

Two final notes of interest. First, Kern took a massive ruby he recovered from the spider’s lair and tried it in one of the holes in the mysterious arch in the basement of the hose. When he did, the shimmering haze seemed to become a little less random, and went back to its usual chaotic swirling when the gem was removed.  Second, Riley threw a little wake for the fallen Lorek. In the process, the name of the great Habuu was invoked. And the god heard, hitting Riley with a quest in retribution.
Posted by ChrisS at 9:38 PM