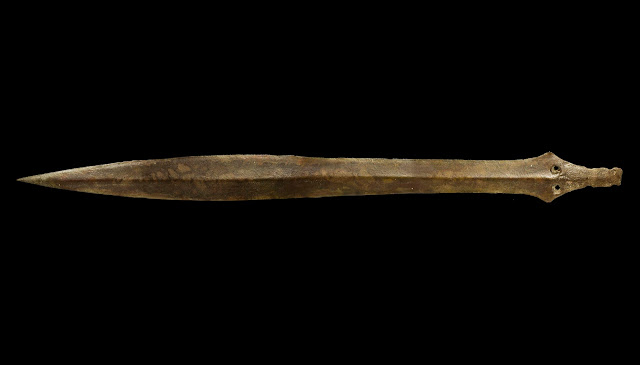 Vergarious and Jonesomon joined the trio post-battle, and all followed the trickle leading from the now clean pool down to the marsh, hoping to find the swan woman. Reaching the wetland, they did see a bevy of 8 swans swimming between the rushes and reeds towards them. The party stopped  and Hobbs greeted the birds respectfully and politely. One of the eight came forward, and swiftly transformed before their eyes into an elfin lady clad in a flowing white dress. She, much less respectfully and politely, confronted the party asking who they were, what they wanted, and just generally acting very dismissive and condescending.  Jonesomon grumbled back ,and it looked for a few minutes there would be trouble. But cooler party members intervened, and a reasonable conversation was had. The lady (Oliea) was grudgingly appreciative that the party had cleaned up the oily slick from the tuskfingers pool. She was uncaring about Cenric and the fate she had set on him, but was convinced to return with the party to the ruined tower so the thayn could return the feather and be released from the geas. She flew ahead with her swans, and landed as the party appeared in the clearing. Ceneric was overjoyed to see Oliea (who could care less), and with trembling hand handed her the feather. She ungraciously accepted it, and with a wave of her hand released the geas. At which point, Cenric crumbled into dust and bone, leaving behind only the sword pommel which was the parties reward. Scooping up the gem, the party intercepted Oliea as she was getting ready to leave; what did she do with the sword blade? She vaguely waved her hand towards the valley below, saying she dumped the pieces shortly after she took the weapon from Cenric.

Once Oliea and her swans had departed, the party themselves headed back into the valley the search for the sword. But to no avail; 200 years had either hidden it from view or it simply was no longer there. They climbed back to the tower to rest for the night and decide how to proceed. Before bedding down, Ranza decided to consult quilt of augury, to see if there was any risk to them in the tower. The quilt pattern rearranged itself to show the part asleep around the fire as a group of hobs crept up on them. So no one went to bed, but instead prepared to ambush their ambushers. Ranza turned invisible, Gnarl climbed up the tower bow in hand, Jonesomon circled around to lurk in the darkness, while Hobbs and Vergarious waited by the fire. As dark fell, five figures climbed the hill towards them, moving from shadow to shadow. The party opened up with missile fire and then Hobbs, Vergarious and Jonesomon waded in with sword and dagger. Unfortunately, the dark fey things fell upon Vergarious and pummeled her into unconsciousness, howling with glee at each solid blow. Eventually, three were slain and the other two ran off into the darkness.

The rest of the night passed without incident, but with Vergarious in such rough shape they decided to stay at the tower the next day to rest and heal. Gnarl took the opportunity to do some magical investigation, first casting reflecting pool on a nearby small pond to search (but to no avail) inside the bee hive and in several of the nearby copses for the sword blade. He then used speak with animal to chat up a passing crow for information. The corvid knew nothing of the blade or any 'shiny things', but when asked about the hobs told him they laired to the south of the ridge along one of the rivers. Thinking that may be a place to start, the party resolved the head back down the track and up the streams the next day.

Gnarl was able to easily find the creatures tracks, which lead to a waterfall cascading off a wall of rock. However, there was more water below the plunge pool than above, and closer inspection uncovered a second stream flowing out of the rock wall to join the first. A narrow passage next to this second stream headed into the hillside, and the party followed it along the the rushing water until it opened to the left into a serious of chambers in the limestone. Listening carefully, a faint shuffling could be heard ahead. Hobbs marched boldly on, confronted three hobs who lurked in ambush ahead. These were dispatched with relative ease, but suddenly another pair attacked Jonesomon at the rear of the line. These too were dispatched without too much trouble. Now searching the chambers, the party found a still warm fire pit, over which a human head roasted, impaled on a stick. In a another room was an iron ring set in the wall, blood stains on the floor below it. There also was a small pile of junk in which a jar of honey and one of a potion of healing were found. One of the hobs was also found to have a severed human hand, still wearing a pearl and gold ring, hanging around it's neck. They also found a hidden back entrance, obviously how the hobs had crept up behind Jonesomon.

But there was no sign of the sword blade, so they went off to search the stream and pool. There was nothing in the pool, but Ranza discovered a large round rock in the middle of the stream at the point it headed back into the darkness under the hill. She could also see another cave opening to the right, just at the edge of the light. Suspicious of the stone, she poked it with her sword.  And the thing opened up in a huge maw, which turned to breath a paralyzing breath on her before closing up again. Attacking the now inert rock seemed to have no effect, so the party proceeded to try other ways to neutralize it. It took several bouts of paralysis (Hobs and Ranza), as well as a near-drowning thanks to a huge gripping tongue (Ranza) before they were able to kill the maw and then pass by it up the stream. There in the chamber was a pile of bones and debris. As the party approached closer, the bones started to move until the skeletal remains of a great cave bear towered over them. Once more turning to violence, the party lashed out to slay the undead thing with blade and holy water. Though the thing crushed and clawed mercilessly, it was eventually dispatched back into a pile of bone. Sifting now though the pile, the party uncovered several bits of jewelry and loose coinage. And a curious stone leaf. Hobs scooped this up, and combined it with the sword hilt and pommel. The stone leaf was transformed into a sharp glassy blade; they had found Stonethorn at last.

Stonethorn
Stonethorn is a short sword +2 made from a fossilized leaf encased in a harder than steel glass like material. The hilt and guard are fashioned of the same material, while the pommel is a black onyx encased in a filigree of silver and iron. The sword was made to be easily disassembled; in fact, the blade appears to be a simple stone leaf when separated from the hilt/guard and pommel. The weapon was crafted by Gyre, one of the greatest of the Wose, for use against the dark faerie. It was made to be easily disassembled so it could, at need, be hidden from the twilight ones.

In addition to being a +2 weapon, the sword also has the following  powers:
TOTAL XP
4320

LOSSES
none
Posted by ChrisS at 8:28 PM