Forest of Wyrd Session #9 - Island in the Mist 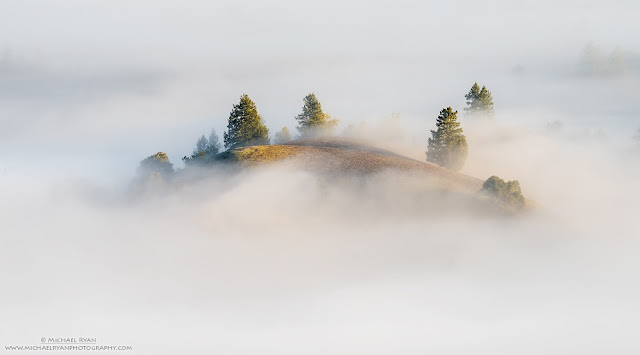 While the rest of the party searched the bodies scattered around, looking (unsuccessfully) for loot, Ranza and Thrax started systematically combing through the ruined villa for hidden passage, doors, or other points of interest. In the very last room they found something; a stone set in the ground with a rusty iron pull-ring in the centre. Calling over the rest of the party, they lifted the stone and uncovered a 10 foot deep shaft with a rotten wooden ladder set in the side. It appeared to end in a dirt cellar. Heading down via a rope, they found the cellar was bare except for a pile of old canvas bags. Rustling around in these, they first found one that was filled with the silverware: goblets, platters, cutlery and goblets. And buried under the pile was a large, iron bound, wooden chest. It was locked with a rusty iron padlock. The keyhole was covered in a purple wax seal that depicted the 3rd Imperium eagle and dragon. After Hobbs made an unsuccessful attempt to pick the lock with a dagger, greater force was exerted with a crowbar to break it open instead. And lifting the lid, they found the chest filled with copper coins; these showed the eagle and dragon on one side, and the Imperator Vilorian II on the other. Best guess is they'd uncovered a long lost and forgotten military pay chest. Hobbs and Ranza started to shovel the coins into sacks to get them to the surface, but the job was interrupted by a surprise attack above them on Thrax and Gnarl by a half dozen bush imps. Hobbs and Ranza scrambled up to help, and the little buggers were slain or run off without too much trouble.

The party finished gathering the loot and loaded it into Feedbag's cart before heading down the slope towards the lake. About halfway there they stumbled upon a ruined pool and fountain. It depicted a stone sprite with green scummy water dribbling out of its mouth, standing amidst some rocks. The pool likewise held a few inches of scummy water. The party worked over the fountain looking for any special properties or  clues, but apart from a small collection of silver and copper coins, they could find nothing. The same was the case for the ruined dock and boathouse once they reached the lake; nothing but tumbled stone.

Having thoroughly explored the ruins, the party decided to move on, once more following the stream north to the next series of lakes, with their ultimate destination being the rocky tor and a hopefully productive conversation with the witch. There was more tough slogging in pouring rain, and night was falling as they passed the next lake and started up the stream towards the base of the hill. Passing around an overhanging tree, however, they were surprised to find themselves facing down a small band of men standing on the left bank above them. The band held drawn bows, and challenged the party. In the ensuing exchange, the party figured these were more of Ofra's men from Farend. Tensions did relax and the men offered to share their campsite, but the party opted to continue further up the stream to avoid accidentally revealing too much in conversation around the shared fire.

Next morning , the party continued on to the next lake under clearing skies. Reaching the shores, they were immediately struck by the out of place fog bank that sat in the middle. Gnarl hunted down a nearby crow and used his speak with animals to ask the corvid some questions. In between cawing, the bird revealed than an island lay in that fog. An island that would move around to different lakes on a timescale measured in days or weeks. The island was pretty bare and consisted essentially of a rocky shore and a large mound in the centre. That description got their attention; sounded an awful lot like a burial mound. But how to confirm? After much discussion, they decided to build a raft and ferry themselves, Feedbag and their supplies to the island over a few trips.  They opted to bury the copper coins to lighten their load, and also hid the cart under some brush. And fearful of the nearby band from Farend, they made a big and obvious deal of burying a smaller stash of coins as a red herring to distract anyone who followed them.

Building the raft took all day, a task interrupted when a wild boar crashed out of the woods and tried to maul Hobbs. They killed the animal though, and Gnarl dressed the kill and smoked to meat for later use. Curiously, while doing so, he found the reason the boar behaved so wildly. A broken spear  tip stuck in it's hind quarter must have driven the poor animal mad with pain. They immediately suspected the other party downstream, and assuming they were close redoubled efforts at the raft and got everyone and everything across to the island. The island itself matched the crow's description. The mound did look a lot like the barrow of Guri-bin-Gur, and at the south end they found an upright stone slab. A liberal application of muscle power and a block and tackle pulled down the stone and opened up a narrow passage into the mound. There was a alcove to each side, and it appeared to open up into a larger space about 20' in. Thrax and Gnarl went ahead to check out the alcoves, each of which held a primitive stone sarcophagus standing against the back wall. On the floor in front of the right alcove were strange tracks which Gnarl noted looked like skeletal feet. That was troubling, but the pair opened both without any worry (except a poison needle that nicked Gnarl in one hand for little harm). In each were the skeletal remains of a women with a little cheap jewelry, and behind one of the skulls was a small additional cache of crude jewelry. But otherwise there was little of note.

Moving further down the passage, the party entered  a larger chamber. In the centre stood a black stone block on which a faint shaft of light fell from above. The walls were covered in a series of paintings much like those in Guri-bin-Gur's tomb; scenes of hunting and war and revels. Notably, there were no images of the Woad Chief's burial. Walking over to examine the black stone, the party found scattered around it some very old dried flowers. Gnarl thought this thing looked a lot like an alter, so he set up a burnt offering of the boar's flesh. He noted the smoke drifting up towards the shaft of light (obviously a narrow chimney leading outside), but also towards the north east corner of the room. Going over to investigate, they found a painting of an elk swimming across a lake, wild eyed as it was being hunted by men on the shore. Poking around the party discovered the elk's eye's could be pushed in, which opened a secret door, This led to an earthen tunnel with a fairly steep grade going down. Intrigued, the party decided to close the door for now and continue exploring this level first ...