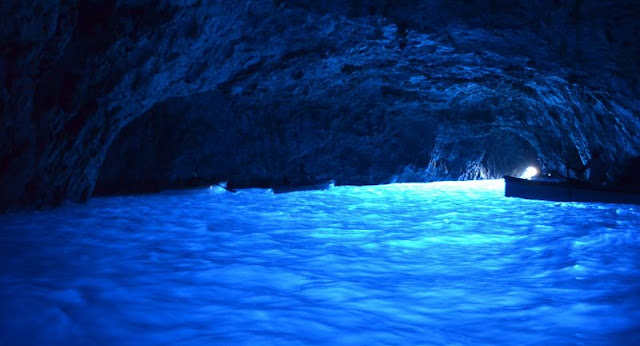 With Jonesomon in the lead (and a mysterious just appeared Vergarious taking up the rear), the party moved out of the mask room and down the passage. Just around the turn they came to another chamber; a vaguely circular room from which emanated a low buzzing sound. Three bee hives lined the perimeter, while in the centre sat a closed censor or brazier. Gnarl halted the party before anyone entered, recalling that bees could be neutralized by smoke. The wood gnome thought the animal masks may help, so he bravely pulled off his face filter and donned the wolf mask. After a moment or two he drifted into a misty dream world, where he was confronted by a large grey wolf. He tried to speak with it, but the creature leapt at him, fangs bared. Gnarl skewered the beast, which then dissipated into mist. Gnarl then returned to reality to find everyone standing around staring at him strangely, but otherwise none the worst for wear.

Since the mask didn't seem to be of any help, the party moved in the room to investigate, taking care to not disturb the hives. There was little else to see, so everyone backed into the corridor again while Gnarl used his spear to open the censor. Out of it poured thick blue smoke, which quickly filled the room and forced the bees in the hives into somnolence. Curiously, the smoke did not pour down the passage towards them, staying within the confines of the room.

Content now that they would not be leaving danger in their rear, the party moved on. Next was a room with a stone ladder set in the wall, going up. At the base arose a torrent of clear water which then flowed off down the passage that continued to the right. Washed up on the shore was a burnt out torch, which confirmed this ladder was the one that led down from the stone pile in the barrow above. Pushing on, they followed the stream to where it emptied into another chamber. This was filled with deep water, and a dry passage was visible to the left. In the lead, Thrax heard what sounded like a watery lullaby coming from the dry passage, and he momentarily started to drift to sleep. He pulled back and informed the party, who then all stuffed candle wax in  their ears to block the sound. Thrax returned to the pool, had the party tie a rope around him and jumped in; his armored body sank to the bottom like a stone. Working over to the dry passage he tried to pull himself up, but the water was too deep for him to get a good strong grip on the edge. He was pulled out, and Hobbs stripped off his armor and gear to jump in and swim over. He found the water was about 10' deep, and noted a large brass plate at the bottom. The curious badger swam down and touched it, suddenly disappearing. Thrax jumped in and tried to use his axe to pry up the plate, thinking Hobbs may have slipped into a trap. He too disappeared. Everyone else carefully made their across without touching the plate. deciding little could be done for their missing comrades right now, they opted to push on.

[Hobbs and Thrax found themselves back outside the barrow next to their campsite, and some sort of force-field prevented them from re-entering through the main passage. They discovered it was possible to enter through the chimney over the black alter stone, and so made their way back to their comrades after a few hours, deftly avoiding an angry bee swarm along the way.]

In the next room was a plain stone fountain, filled with water from spouts in the wall. It was unadorned and contained nothing. A quick wax-removal check proved it to be the source of the soporific lullaby, so the party moved on with ears still plugged for now. A few twists and turns later brought them to a T-intersection. Here the passage, plus the branches and rooms to both sides glowed with an eerie blue color. But the water singing was now behind them. To the left the passage sloped down to another pool, this one a deep and hazy turquoise. To the right it led to a small room, an apparent offertory chamber. On a marble and bronze table stood three carefully placed groups of items; three small gold bars, a potted luminous lantana bush and  two glowing shards of ice in  glass cases. All of which were immediately scooped up by the looters party. A stone door stood in the west wall, and on the ceiling were a series of impressionistic carvings of the same mysterious blue humanoid creature they'd seen elsewhere.

Expecting trouble, the party arrayed themselves for battle, and then Thrax pulled open the stone door. Nothing jumped out at them, so all advanced carefully into the circular chamber beyond. Directly opposite they could see another chamber, this one containing a series of marble and gold terraces down which poured water. But of immediate interest was the pool of inky blue liquid in the middle of the room. In it stood a tall lithe sylvan figure, seemingly made of midnight blue wood. It greeted them in a voice reminiscent of wind through the leaves, not hostile but distant in manner. After some questioning, they learned the creature was the Twilight Archon, servant of the dark fey lord Duke Irioch. The Archon had been here for a thousand years, since the time of the Woad Chief, watching the gate through which the dark fey had entered the realms of Men. They learned the Woad Chief had opened the gate for the first time, passing through to the twilight world and letting the unseelie follow him back. The unseelie were defeated and pushed out by an alliance of the D'war people and the good fey, and now the Twilight Archon waited for a new champion, powerful enough to open and survive passage through the gate. He was unimpressed by the party, and gestured to other unworthy ones encased behind hardened honey along one wall of the room.

The conversation became more and more antagonistic, and the party opted to pull back down the two passages leading from the chamber (Gnarl and Jonsomon to one, the rest of the party back to the offertory room) and prepare for battle. Archers placed arrows of cold iron on their bow strings, and the two changelings combined their magical powers to throw a double power color spray at the Archon. The Archon retaliated with blue bolts of lighting, and two cerulean plasmids crawled out of the inky pool and threw themselves at the two separated halves of the party. Hobbs was bludgeoned unconscious, but the party did prevail and brought down the Twilight Archon and it's servants in a hail of cold iron and magic ...