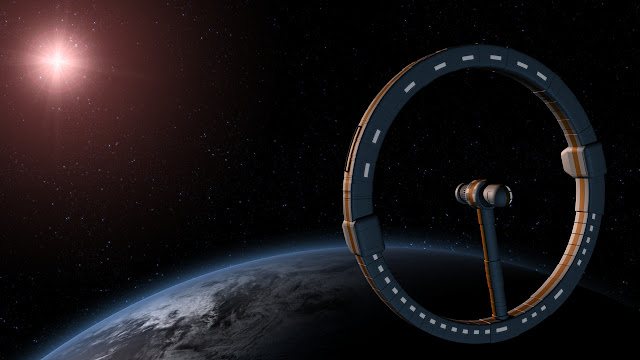 Back on the Superfly, Mr. Fisker is worried. Several days have passed since the rest of the crew left to meet Fletcher Bristow. The lieutenant sat down in front of a monitor to binge watch SNN (Symera News Network) and soon comes across a news report describing the gruesome gun battle which killed his companions. Realizing he is now in charge, Mr. Fisker goes looking for new companions. He recuits a retired Hegemony Marine Assault Corps Captain (Noac Sumter) and former scout (Dante Flynn) to round out the Superfly's crew, and fill vacant positions at 'Tacyon Advantage Security Solutions'. And there is unanimous agreement within the new board of dircectors that leaving Symera would be the best course of action. The whole deal with Fletcher Bristow now seems a bit fishy given the rest of the crew were ambushed on the way to take the job Bristow had on offer.

The group sells four of their gravbelts (at a 10% loss) to fund the purchase of a Navigation program for the ship computer, allowing travel wherever their jump drive could get them without needing to buy jump tapes all the time. They also, having done a little research on their destination, lay in a small speculative cargo of  fine lab chemicals (10 x 100kg @8000Cr per lot [80% of list]) and two cases each of fine scotch and cigars (5000Cr per case). Discussion on installation of smuggling compartments onboard the Superfly ends quickly when initial estimates come back at 400000Cr for a 4.5m3 space.

Business at Symera complete, Mr. Flynn settles into the familiar surrounding of the Type S pilot chair, plots a course for Vordenhaven, and hits the jump drive. A week in jump space passes without incident and they emerge 100 diameters from Vordenhaven. The sensors come alive, and shows a ship on a crossing course, headed their way. It is making no hostile moves, and a friendly hail identifies her as the far trader Limited Liability out of Vordenhaven, heading out to the jump point and on to Symera. The two ships trade recent news of their last ports of call. The party, looking for information on where to sell their cargo, learn there is a "Research Materials Exchange Corporation" which acts as a clearing house for such materials. They also learn to stay away from the GERIA Corporation; they are in bad financial state and just stiffed the Limited Liability out of their profit on this trip.

The Superfly continues on to land on the planet, clearing starport control and inspection with no trouble. Though there are a few tense moments as the officials question their dodgy transponder settings. A trip to the "Research Materials Exchange Corporation" identifies two potential buyers for their cargo; Lysanni Laboratories and Aegis Biopharma Corporation. Both are in the business of developing/manufacturing physical performance and mind enhancing pharmaceuticals. Perusing the business news reveals that Lysanni Laboratories is in some sort of difficulty due to problems with their R&D. But making contact with both entities, the party receives a better price from Lysanni Labs  (12000Cr per lot) and decide to take their chances. It turns out that the  Lysanni procurement representative (Rasim Mayers) is, thanks to budget cuts and layoffs,  doing double duty as the off-world security and research director. Learning a little more about the party over a few drinks (of the party's scotch), he  offers them a job. It seems one of the company's lab ships, currently in geosynchronous orbit over the largest moon Kalstat, has been out of communication for a few days. Likely just a radio failure or similar problem, but due to all the cuts, Rasim can't find anyone with the company to go check it out. And due to the intense commercial rivalry that dominates the planet, he can't just hire someone local and risk putting a corporate spy on board his research station. Would the party, as unconnected offworlders, be interested in an easy job? He offers 10000Cr each [45000Cr total] to simply go check it out. If it's no big deal as expected, the party makes some easy credits and can move on in a matter of days. In the event it is more complicated and hazardous, Rasim has a contingency find he can draw on to sweeten the pot.

The party takes the job, first squeezing 4 doses of combat drug out of Lysnnni's stock. Just in case of course. Mr. Fisker also goes looking for explosives. Thankfully, he avoids getting picked up by the police for trying to purchase illegal weaponry, and manages to get his hands on 20kg of plastic explosive. Everything then gets loaded aboard the Superfly and they take off for the lab ship.

Approaching Kalstat, they note that the lab ship is in orbit over the south pole, while the main Vordenhaven naval base is at the north pole of the moon. They get no flack from the Navy though, and arrive at the lab ship without incident. The torus shaped vessel appears to be in good shape, still rotating normally and with all navigation beacons operational. But attempts to raise the vessel by radio elicits no response. So Mr. Fisker, Mr. Flynn and Ms. Sumter don vacc suits and grab weapons, then transfer over to the lab ship pinnace docking collar. Opening the manual hatch releases a spray of ice crystals as the airlock vents, suggesting life support systems are still operational. Getting inside, they close the hatch and re-pressure the airlock. Ms. Sumter checks the computer controls for the life support system and confirms all is well.  But just in case, the trio maintains vacc-suit discipline and prepares to descend into the ship ...
Posted by ChrisS at 9:52 AM