Westmist Session #23 - Lions and Hobgoblins and Fire, Oh My!


After taking just one day to rest and recover, the party (Kern, Erijay, Darnorth, Riley and Sweet Jenny IV) headed back to Stonehell , determined to finish off the hobgoblins once and for all. Using their new secret tunnel, they cautiously moved through the caverns, reaching the finished stonework of the dungeon without incident. Stepping into the corridor, however, they were immediately peppered with arrows from the darkened room to the west. Kern, heavily hit in the exchange, starting firing back as the other three charged in to face 6 hobgoblins. These fell quickly, but in the process Kern heard the sound of feet running away to the north, and it was obvious their presence back in the dungeon would now be known.

Again with caution, they moved north along the corridor to the hobgoblin commanders room. Bursting inside once more they noticed the bodies were missing, as was the ultimate goal of their search, the strongbox with the remaining treasure.  With a grumble, the party went back out the door and continued north. Stopping at the next guardroom, Erijay used her mirror to confirm the area was empty, a tactic she repeated on the west corridor out of the guardroom. There she could see, at the limits of her infravision, a lighted room with signs of movement. Cautiously they began to advance down the corridor, but Darnorth and Kern noticed the floor was slippery. Pulling back, they confirmed it was oil, just as a torch flew down the hallway and ignited the just vacated hallway. As black smoke billowed around them, it was decided heading north to find another way around this bottleneck was the best choice. Coming to the tiled room, the party was just crossing when the two crystal balls lit up and starting shooting beams of multicolored light around. Everyone was hit, taking damage from the electrical shock.  Dropping low, Kern searched the floor and noticed the outer edge looked slightly different from the rest. Cautiously, the party passed around the edge of the room without further incident. 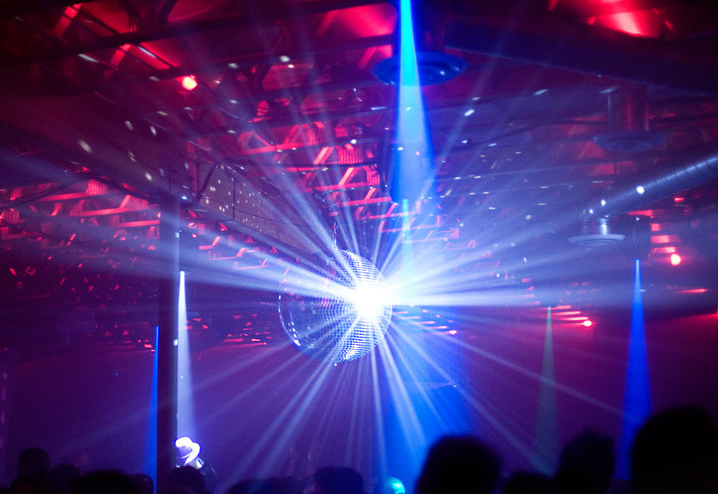 Searching rooms Erijay had  scouted previously in gaseous form, they found the area eerily quiet and seemingly abandoned. In the hobgoblin larder, they also found a curious brass cage holding a white crystalline stone that radiated constant cold. This they wrapped in some old cloth carried by Riley and loaded onto Sweet Jenny.  Moving through the old arena, they first checked the massive looted earlier, only to find it now empty but for a handful of silver coins. Pushing on through the second door out of the area, they encountered a nest of pit vipers, likely those disturbed in Darnorth and Erijay’s earlier expedition. And the encounter went no better this time than last. Charging into their midst, Darnorth was bitten and dropped straight to the floor, foaming at the mouth and twitching. After a few mounts he ceased moving and lay stone dead. He was soon joined there by Sweet Jenny who likewise fell to the snakes’ venom.  That proved enough for the party, and they grabbed the prone dwarf and fled the room, wisely heading back to Westmist to see what could be done for their fallen comrade. Riley was able to pull some strings and get them an audience with the corpulent Liphanes of the Highest Virtues, who for a modest donation to the church raised the unfortunate dwarf form the dead.

While Darnorth recovered from his death, the others spent the time planning for their next expedition, and around them the military preparations continued. In particular, they learned the Baron’s forces had intercepted the hobgoblin reinforcements heading for Stonehell and routed them. Meanwhile, Erijay obtained some poison from Synthini, as well as a dozen dead rats. These she stuffed with poison, planning to feed them to the snakes in revenge. For his part, Riley prayed to the great Habuu for the power to control the vile serpents. And Kern went shopping for Sweet Jenny V.

After a few weeks, the party returned via the caverns again. This time, Erijay used her mirror to look around the corner into the dungeon, seeing two hobgoblins standing guard where the archers had been before. Kern took a stone and threw it down the north corridor, which attracted the guard’s attention. One cautiously moved down the corridor to investigate, and as he passed the party’s hiding spot, Darnoth grabbed him and pulled him into the room while the rest of the party proceeded to pummel him to death. Seeing his comrade disappear, the remaining guard took off running north. Kern followed in pursuit. Firing blindly into the darkened corridor, he heard the satisfying sound of bolt meeting flesh, followed by a strangled cry and the sound a body hitting the floor.

Now thinking they could surprise the hobgoblins, the party moved forward to the old guardroom. First confirming there was no oil or other trap, they advanced down the western corridor, enduring more missile fire before breaking into a room crowded with hobgoblins and two mountain lions. These didn’t stand long, as Erijay dropped all the hobgoblins and one lion with a sleep spell, while everyone else then proceeded to beat up the remaining cat. Before having a change to look around, they party heard marching footsteps to the west. Opting for tack over weapons this time, Erijay tried to reason with the advancing hobgoblins, who responded with derision. Riley’s in turn responded by chucking two hobgoblin heads towards them, wrapped flaming oil and cloth. After a chorus of cursing, the hobgoblins returned the favor by rolling a leaking barrel of oil into the party's midst. Kern, Erijay and Darnorth were able to stop the barrel and roll it back, but not before the hobgoblins lit the oil and singed the three adventurers a little. Diplomacy over, these hobgoblin were dealt with much like the last; a sleep spell took care of most, while the huge leader fell to the weapons of the party . 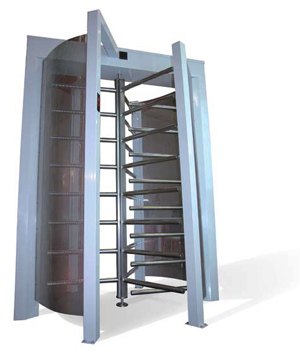 A check of the area uncovered several barracks (some in use, some not), in one of which they found the missing strongbox with the remaining treasure and a potion bottle. Riley also claimed a hobgoblin war banner. Two defensive potions were found. One was a series of rooms designed to funnel attackers through a narrow passage past murder holes, with access controlled by a massive iron turnstile. The second was a narrow bridge over a spike filled pit.  This second one had a curious contraption, consisting of a bottle held in a pivoting metal frame. Combing the rest of the complex, they found the infirmary and mountain lion cages empty, and then were back in front of the room of vipers. Opening the door, Erijay tossed in the poisoned rats. Waiting 10 minutes, they cautiously opened the door again to find all the snakes dead on the floor. Riley proceeded to dismember them, just to make sure they were completely dead, and the party recovered the strange cold stone from the rotting corpse of Sweet Jenny IV. 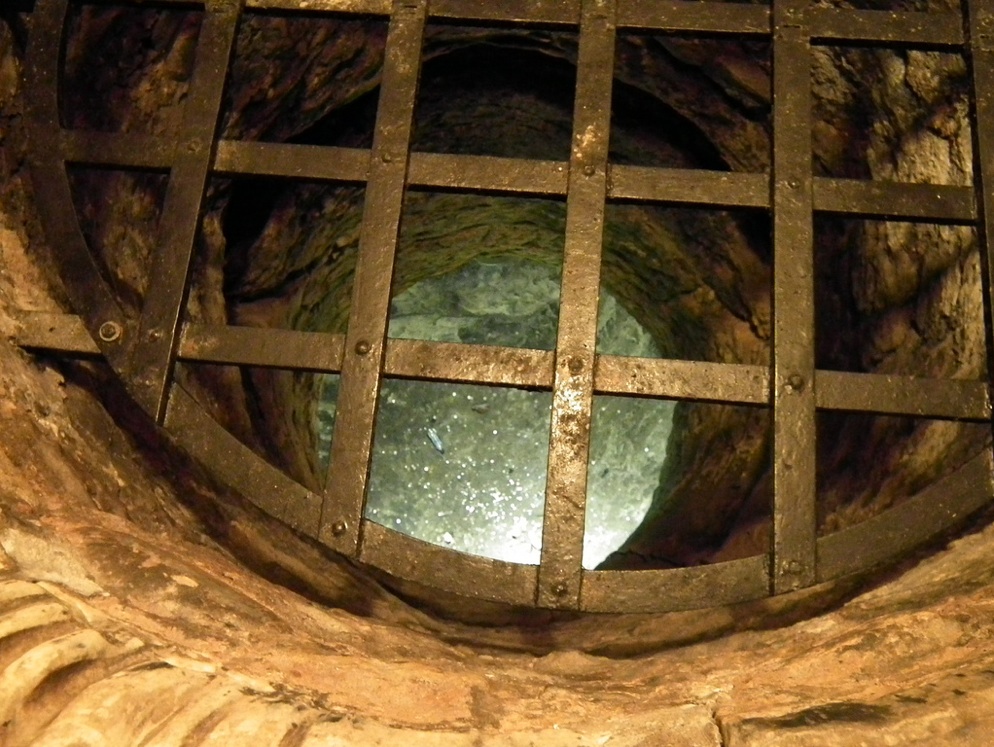 Back to Westmist, they met with the March Baron to inform him that the hobgoblin threat from Stonehell was no more, and thereby received his thanks. They also headed to see Synthini, who identified their potion as a potion of heroism, and the strange crystal a cool stone. They likewise stopped to see Slate in the hopes he could use the cool stone to fashion some kind of weapon. But his demands for research funds and uncertain chance of success put a damper on those plans.  Instead they went on a celebratory bender, during which Erijay ended up in an altercation with the baronial guard. She found herself sobering up in one of the March Barons’ oubliettes, stripped of all her possessions and facing a 5000gp fine. Taking advantage of their current position in Lord Merdwyns’ good books, Darnorth was able to convince him to release the unfortunate elf.  This the March Baron did, dropping the fine to 1000gp. However, he did insist on retaining the Axe of Durgan the Bold, which he had coveted ever since Erijay recovered it from the dungeon. And he also made it smugly clear that the party now owed him a huge favor and had better not shirk from that obligation when he came looking for their help.
Posted by ChrisS at 8:44 PM