Before heading back to Stonehell, a number of events unfolded in town for the band of adventurers. First, Turrick was summoned by Sythini the Alchemist. She proposed a business deal with the halfling, in which she would pay good gold for couple of items from the dungeon, namely a strange red ooze and an item called the “Fickle Beaker”. Still hard up for cash, Turrick quickly agreed to do his best.

Meantime, Erijay studied her recently acquired tome and discovered it to be the spell book of a long lost wizard, thereby gaining a number of new enchantments for her own spell book. She also found herself summoned before the March Baron, Lord Merdwyn of Breven, who expressed great interest in her recently acquired axe. It was in fact the axe of the last March Baron, Durgan the Bold, who was lost some years before searching the depths of Stonehell. After first ensuring the elf maid was in no way making claim to his title, the March Baron offered a princely sum of 2000gp for the weapon, which Erijay politely declined before being summarily evicted from the Baron’s presence. A visit to Sythini revealed that the axe was in fact a weapon of some enchantment, which made the elf even more inclined to keep it than before. 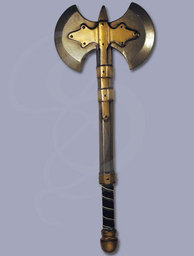 Lastly, Turrick and Erijay were joined by a pair of new companions. Ranthor the Dwarf was looking for companionship in his search for treasures in the dungeon. Warrick the Wrathful, on the other hand, was a new acolyte at the Temple of the Three Virtues, sent in belated response to Gudrins’ request for clerical support in their explorations. Gudrin himself, being too deep in his mugs to journey forth again, remained in Westmist while the others set forth once again to try their luck in the depths.

After initially revisiting some rooms looking for the “red ooze”, the quartet choose to head west through a portcullis to look for the caverns in which the ooze was said to lie. Their first stop found them in front of a great wheel marked with alternating happy and sad faces. Both Turrick and Warrick choose to try their luck and took turns spinning the wheel. Turrick gained a sense of great luck and invulnerability for a time, while Warrick ended up feeling healthier than ever. Ranthor and Erijay choose not to temp the fates. Leaving the wheel behind, the band surprised a huge gecko, which was quickly dispatched before landing a blow on any of the party. 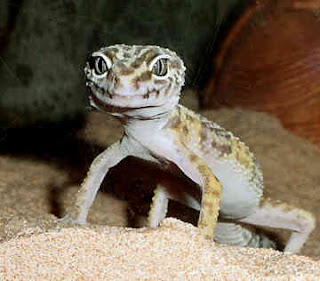 After examining a dry fountain with a fish motif, the band stumbled into an area of natural caverns. Hoping that they found the source of the “red ooze”, they headed into a cave of phosphorescent moss, followed by a smaller cave with a dry well in the centre. Air whistled up from below, and Turrick was tied to a rope and lowered down to find himself on a lower level of the dungeon, and standing on a tarp suspended under the well opening.  Gathering up the few coins on the tarp, Turrick was then hoisted back to report to the rest of his companions. Opting to continue their searches on this level for the time being, they soon encountered a cave full of bats and a group of kobolds gathering bat guano. Making friendly conversation, the quartet learned a few key things. First, the red ooze was to be found further south near the Open Sore orc tribe and Wolf Rider goblin tribe. Second, they learned Erijay had acquired a reputation as an orc slayer among the inhabitants of the dungeon. Third, ‘Da Dragon’ was nowhere to be seen today.

Thus emboldened, the band pushed on into another cave full of bones and filth. Searching revealed a pool of muddy water on the north side, as well as a finely crafted circlet (claimed by Ranthor) and a small quantity of copper coins. And no dragon.

Having completed their exploration of the caves, the group moved further west to check out a room with giant centipedes noted earlier.  Just as they started to engage the vile insects, a band of orcs entered the room from the other side. Spying Erijay, and with a shout of “there’s the she elf!”, they moved to attack. Fortunately, Erijay was once again able to take out the orc warband (and the centipedes) with a well timed sleep spell, which once more led to a course of throat slitting and looting.

While still in good shape, the quartet elected to head back to town to rest and refit, and spend some of the treasure they had recovered in the dungeon. Warrick was paid off and returned to the Temple, while the others rented rooms at the Golden Drake to await the chance for another foray into the dungeon.
Posted by ChrisS at 8:07 PM