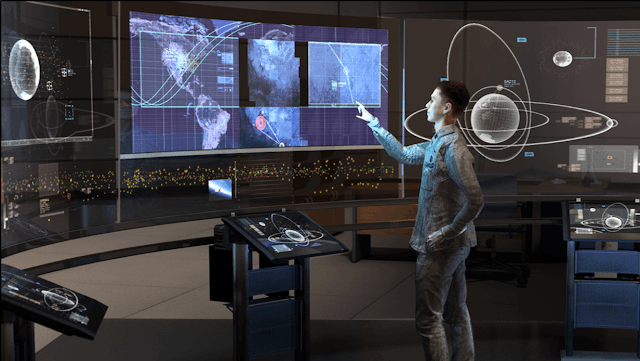 Back on the Wasp, Yasmin grumps off to the engine room to size things up while Sylvanous gets to work reprogramming the ships' transponder and getting rid of or hiding/disguising and telltale digital trace of the "Wasp". The computer junkie informs the party that he is actually uploading a real transponder code for a real ship; less likely to get caught than with a fake one. As long as they don't inadvertently run into the original ship somewhere in their travels. Thankfully space is big ... Meanwhile, Mr. Kurigane heads outside to do what he can to disguise the look of the ship and hide any telltale features.

All the reprogramming and disguise work takes about six days, and then the moment of truth. Baron Kundra pilots the newly christened "Superfly", flagship of "Tacyon Advantage Security Solutions" into port at Mouser to refuel and refit before jumping out of system. The ship clears landing control with no trouble, settles into a hanger bay. Soon fueling is underway [4000Cr, unrefined fuel only] and environmental systems are being scrubbed and recharged [8000Cr]. The servicing takes a few days, and even though lying low to avoid getting caught is a primary concern, the party decides to go shopping for some additional weapons (and a new fridge for the galley). Some reloads for their missile rack (12 x 5000Cr) are readily and legally available. But military grade personal laser and projectile weapons are not. Leaving Baron Kundra and Yasmin aboard ship, everyone else heads into the depths of Mouser. Mr. Hammill uses his skills to track  down a fellow who calls himself  "The Association". His connections with the teamsters ensures a few crates being transshipped between vessels go 'missing' every now and then.  He has no laser weapons, but is able to set them up with some additional armor (4x Cloth [4x250Cr], 4x Reflec [4x1500Cr]), guns (2x SMG [4x750Cr], 2x AutoRifle [4x1500Cr] and 50 loaded magazines for each [100 x 20Cr], a pair of stun guns [2x50Cr] and a half dozen blocks of plastic explosive with blasting charges [6 x 100Cr]. Sylvanous meanwhile sneaks off the get enough 'Green Khef' from his dealer to get through a week in jump space.

Upon arrival back in the hanger bay, the shopping party is surprised to see a pair of guards standing by the ship, and a long cable extending from a wall panel connected to their engine room. Ducking out of sight, they call Baron Kundra and learn Clinton Jager got wind of their arrival. He can't prove the ship is the ex"Wasp" at this point, but had a magistrate issue a port lock order to keep them from leaving until the question is resolved. Questioning their resident computer expert, Sylvanous notes the lock can be removed either at the main hanger control room computer or by physically severing the cable. He warns that many locking cables will be trapped to prevent the second option, exploding if cut and doing severe damage to the ship (and whoever is doing the cutting). So the party decides to try getting to the control room, several levels above and accessible by a couple of ladders and a catwalk. From the hanger floor, they can see at least one guard inside plus at least one technician. Challenged by the two ship guards as they approached the ladders,  the party tries to discretely and non-lethally  take them out with stun guns and shotgun butts. Unfortunately, there is some gunfire and the alarm was raised. With the two hanger guards unconscious, everyone rushes for the control room and uses the fallen guards' key-cards to open the locked door.  To face a trio of rifle muzzles pointed in their faces. Thinking fast, Mr. Kurigane offered the three guards 10000Cr each to let them release the port lock. The three glanced at each other, and then greedily take the offer. The leader tells the party to tie them up, but only after handing over the credits. Then Sylvanous (aided by Mr. Kurigane's bulk) has the technician help lock down the hanger access door to delay pursuit, then disable  the port lock. They then tie him up and race back to the ship, where Baron Kundra is running up the engines to make a getaway.

The "Superfly" makes it to the 100 diameter jump point without being intercepted, and the Baron hits the jump drive. A week in jump space, and having burned their bridges behind them, they emerge at their thankfully non-Concordance destination; Symera. And are immediately hailed by a patrol ship on picket duty ...
Posted by ChrisS at 8:08 PM