After a thankfully uneventful night in the caverns, the party prepared to make another push towards their goal, the Rod of Narissa. While the spellcasters prepared for the day ahead, Kern and Darnoth discussed the malachite gems they kept finding. Darnorth, a native of these Western War Peaks, recalled that there had been a number of gem mines in this area at the height of the Third Imperium, so it’s possible this town’s mine was the source of the gems. He also guessed that might explain the gnome’s presence too.  Meanwhile, Turrick had wandered off to explore through the upper works and chit chat with the gnomes, and was not to be seen again this day.

After checking first that their rope bridge was still in place, Riley once more called on the mighty Habuu to show them the way to the Rod. Following the clerics directions, the party headed due east. Bypassing the swirling pit this time (although those gems were still mighty tempting …), they passed east out of the pit chamber into another similar cavern. Here, they found a dais, raised about 10 feet off the floor. At the top they could just barely see some skeletal remains and rags, while on the lowest level of the dais sprawled an intact skeleton. In its hand rested a long brass rod, studded with a mix of bright blue and grey gems. Sensing a trap, Darnorth first levitated to the top of the dais to find a skull and bones, dust and scraps of cloth, and a scattering of jewelry. Meanwhile, the rest of the party discussed the best way to get the rod out of the skeletons hand. In the end, Riley decided matters by grabbing a 10 foot pole and knocking the rod away from the skeleton. When nothing untoward happened, he then picked it up. Then something untoward happened. The skull rose from the dais and the dust formed a vaguely man-shape below it. With hair trigger reactions, the party moved. Erijay encased the thing in a web, Riley blessed the party, and a flurry of arrows rose from the bows of the party. All of which missed. In exasperation, Bjorn the Twice Cursed flicked a dagger at the skull. A solid hit, it caused the skull to explode, dropping a shower of dust and bone fragments over those below. Recovering from the shock of victory, Darnorth gathered the jewelry from above, while Riley gathered the bones of (presumably) Narissa from their resting place on the lower dais, and stuffed them in sack with the jewelry. 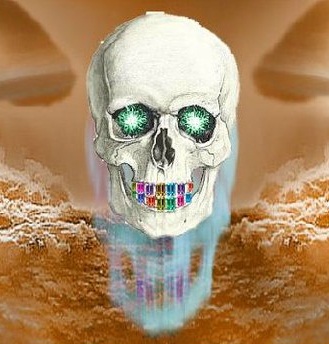 With the object of their quest now in hand, the party decided to explore the parts of the temple they had earlier skipped.  Behind one door they found a short hallway with three more doors. One was a faded coat of arms (a green tree on a white field), on another was the holy symbol of Saule and the third had a balance. Darnorth boldly checked the balance room, finding a tomb with three stone briers, each occupied by a skeleton covered in a grave shroud. In the coat of arms room, they found a single body, this one clad in armor and weapons. In the last room they found four bodies. When Darnorth started to search around the room, one of the bodies sat up and pointed a boney finger at the dwarf, who felt (but overcame) a cold grip of fear. Darnorth, now assisted by Erijay, flailed away with his sword before the two retreated out of the tomb, to allow Riley to call upon the mighty Habuu to drive away the fiendish creature. Habuu, unfortunately, didn’t answer the call this time, so the undead creature closed the tomb door leaving the party standing in wonder in the corridor.  Pondering what to do next, Darnorth recalled the fine armor and jeweled helm worn by the creature, which was enough to convince him to push back into the tomb and do battle. Again accompanied by Erijay, he burst into the tomb. The creature struck Darnorth several times, putting a painful chill into his bones, and likewise took the elf maid out of the fight with a hold.  But before long, the undead thing fell to the dwarf, who then proceeded to loot the shield and bejewel helm. 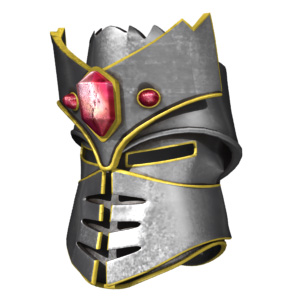 Leaving the tombs behind, the party next explored a pair of offices. In one, Kern found a scandalous church report that detailed the suppressed history of the goddess Saule. It would appear that the squeaky clean healing and harvest goddess was originally a fertility goddess of overt sexuality, with a rather dodgy history of past worship and cults that the church leaders wanted to keep quiet. Never one to let potentially useful information to go to waste, the wily merchant pocketed the tract. In the next office, Darnorth recovered a key in the desk, while Erijay opened the wardrobe to find no robes but three sand shades whirling to attack. These were dispatched with relative ease. The next room was another dressing chamber with mirrors and dressing screens. Looking at the middle mirror, Darnorth saw himself at a much older age, and felt the hand of decrepitude creep upon him. Tearing his eyes away, the hardy dwarf shook off the effect. In spite, he tried a Turrick and threw a stone at the mirror, which infuriatingly did not break. Out came the crowbars, and Erijay pried the mirror off the wall, but she found nothing of interest on the back or behind it. Kern looked thoughtfully at it for a moment, then carefully wrapped the mirror of a pair of sacks and proceeded to stuff it in his backpack. “This might come in handy sometime” muttered the merchant. 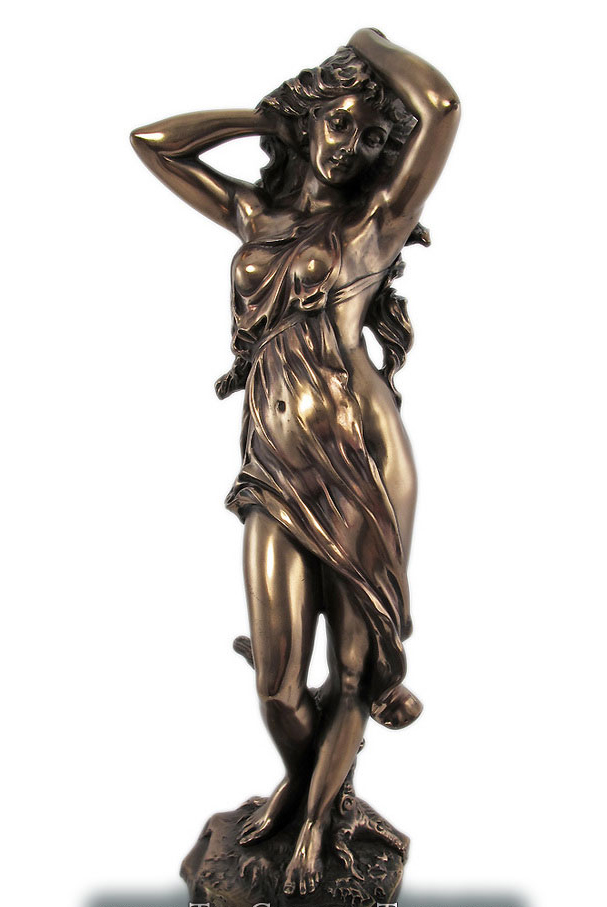 Having explored all obvious areas of the temple, the party returned to the large chamber where they encountered the first sand creature. Exploring the other exits, in the north chamber they encountered and battled another group of sand skeletons. Most notably, as Erijay struck a final solid blow to the last skeleton, she found her sword from the Breeding Pits of Yg  turning into a giant snake. The constrictor wrapped itself around the skeleton, and crushed its bones to dust before returning to sword form. Shaken, the elf gingerly picked up the sword before the party moved on again. The other two exits led to buildings similar to those seen in the gnome tunnels. Of note in one was an unusual metal chair that would rise up or down, or spin left to right when a lever on the base was pushed. In the other, the floor collapsed into the cellar as Kern and Riley crossed it, heading to investigate a trap door in the ceiling. The unfortunate cleric was dropped 20 feet into a pile of 200 year old root vegetables. In the end, the two choose not to open the trap door,as sand was trickling around the edges and Kern wisely concluded no good would come of opening it.

Now done with their explorations, the party returned to the gnome’s door and knocked. Answering the challenge from the other side, the party waited a few minutes while the picket went to get Hulgi, who then order the door opened. On the other side waited a band of gnomes, armed to the teeth.  And their surly leader, who expressed his surprise to see them back in one piece. And who demanded the party now keep their end of the bargain and resurrect poor Hoya. After some negotiation, Darnorth was left with the gnomes as a hostage/sign of good faith while Riley carried Hoya’s body out towards the daylight, and used the Rod to bring life back to the fallen gnome. While the grateful Hoya kissed his feet, the cleric noted that four of the blue gems on the Rod had faded to grey. 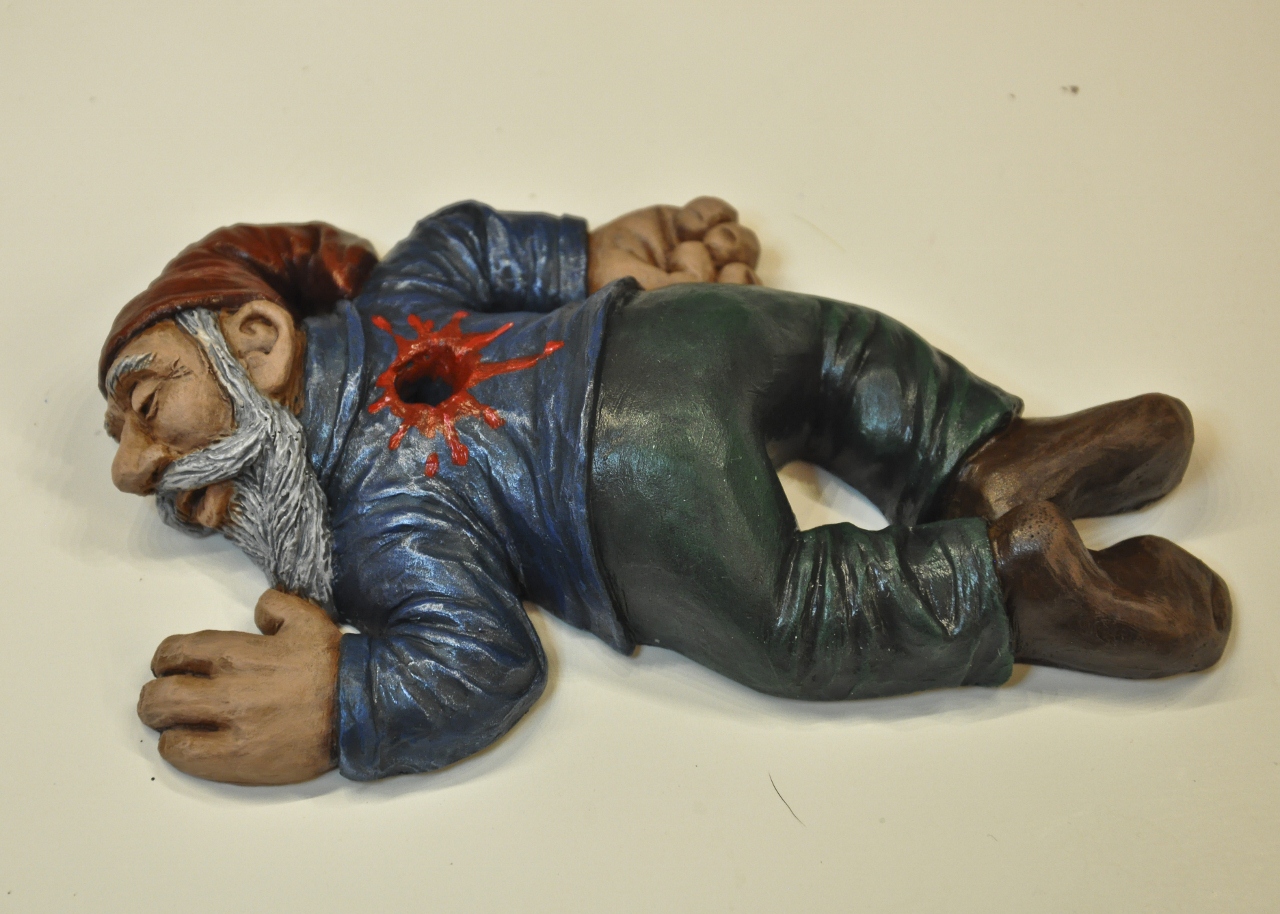 Hulgi pressed the party for details of what lay beyond the gnome’s tunnels, obviously looking for particular information. Darnorth used his natural charm and smile to convince Hulgi to tell the party why the gnomes were there in return for information on everything the party had discovered. Hulgi explained that the Fairy Queen is enamored of the green malachite gems, which are not found in the fairy realm. She had learned of the existence of the malachite mine in this village, and the gnome clan to reopen the mine. They started tunneling in the sand to find the mine entrance, but ran into the sand creature and skeletons who proved too much of a match for them.  And with Booh blocking the exit from the tunnels, the gnomes were in an uncertain position until the party arrived. But if they could now leave with the Fairy Queen’s blessing, the gnomes now had work to do.

Gladly leaving the cramped tunnels behind, the party returned to Booh’s tower to find the giant still moaning and groaning in his bed, complaining that he was still very hungry. Riley cast a few cure spells to stop the giants moaning, and Kern reminded the big fellow that tomorrow they would go hunt down a nice meal of horse for him. Which made Booh happy, which made the party happy (and feeling safe enough) to settle in for the night.