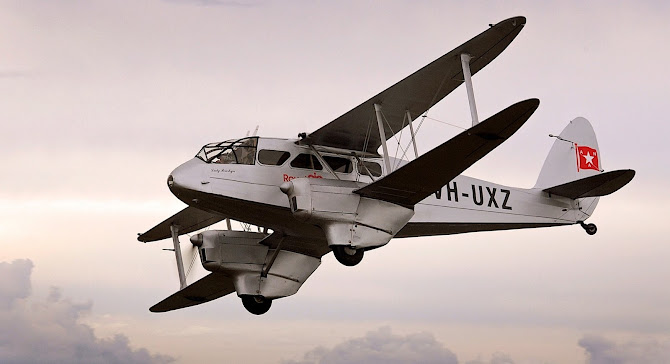 The campaign begins with the heroes in the employ of the Caduceus Foundation, a charitable organization that provides medical and humanitarian aid to disaster areas and war zones around the world. Their party, lead by Dr. Arturo Ursini, has flown 5 days from the foundations' New York headquarters to the wilds of Bolivia. They are to help set up a field hospital to treat the military and civilian victims of the Chaco War raging between Bolivia and Paraguay.
Leaving their plane at a remote landing field, the party leads a train of mules carrying medical supplies (and Nigel's scotch supply) on foot towards the aid camp some hours north. They are almost there when Dr. Ursini stops them and begins to tell them there is more to the mission than they've been told. And that Caduceus isn’t everything it pretends to be. But before he could tell any more, a shot rings out from the jungle, killing the doctor. A small party of Bolivian soldiers has ambushed the party. In the ensuing firefight, Nigel, Oz, and Zeke are all wounded by rifle fire. The party tries to raise their humanitarian credentials, but to no avail. Fighting back, they kill the four soldiers trying to surround them through the jungle, and Nigel drives off the officer firing on them with a few well placed shots from his Webley .445. In the process of fleeing, the officer drops a backpack. Nigel also notes the man took more shots than he should have been able to and still remain standing.
The party recovers and loots and the bodies. They loot rifles, ammunition from the soldiers, as well as a short range radio and three sticks of dynamite. Try to take uniforms for disguise, but they are too blood stained and/or poor fitting. From Dr. Ursini's baggage they recover a rough map of the area, letters of introduction,  a mission briefing talking about a temple, a mummy and a 'level 3 threat'. And a .45 Colt revolver, plus 3 more sticks of dynamite and a short wave radio. From the backpack dropped by the fled Bolivian officer, they recover three more sticks of dynamite, a stone flute, a compass and what seems to be a map or diagram covered in strange unrecognizable writing. Parts of the diagram/map had been scratched out. Oz takes the stone flute and uses clairvoyance on the object, learning that it is an object of primordial evil predating the dawn of man. He warps it carefully and tucks it away.
Listening on the soldiers radio, they hear infrequent snippets of conversation. Sounds like several teams of men searching. For what they can't tell. The party gathers the mules and continue on for the aid station, passing a partially ruined village along the way. The aid station looks innocent enough, except for a group of army tents at one end, occupuied by a pair of Bolivian soldiers.
They enter the aid camp and meet Dr. Rafael Gomez and the rest of the medical staff. They get their wounds dressed and talk to the doctor. He seems above board, and gives no hint he knows anything more about the mission beyond the humanitarian aspect. He says a group of Bolivian soldiers arrived two days ago and set up camp. Although Dr. Gomez was not happy with this, there was little he could do against the armed men. And though they acted strangely, the soldiers have left them alone apart from destroying the camp radio.
Zeke and Ivy approach the soldiers camp, to talk and distract so Oz could sneak into the officers tent to look for clues. The soldiers act oddly, like they are drugged or have some intense 1000 year stare. They also smell awful, and have obviously not been looking after themselves. One has multiple minor wounds that have likewise have not been treated. They do, however, notice Oz trying to sneak into the tent and turn on him. Oz fast talks his way out of the trouble, and learns the soldiers are still under what they believe to be their normal chain of command. But it is strange that they have been left behind here searching for something while the rest of the army has followed the battle front miles to the east.
Leaving the soldiers, the party heads off into the jungle to find a safe place to set up their radio and call Caduceus HQ in New York. Patched through to Dr. Quentin Shapiro, a Caduceus scientist and team handler, they learn their true mission, and the true mission of Caduceus:
"You’ve probably guessed by now that Caduceus does more than provide humanitarian aid. Our teams also seek out threats against humanity and deal with them. You are one such team. Ursini was supposed to explain this to you all. On March 4th, an artillery shell hit a site of interest near to the aid camp you are now in. Some kind of ancient guardian was released and may still be at large. We don’t know what it is, but we consider it to be dangerous, so be careful. We’re interested in what this guardian is protecting. We believe that you’ll find a temple in the local area. Inside the temple, you’ll find a mummy. Your job is to bring the mummy back to us. Alive!"
The party starts sizing up their maps and documents to decide what to do next.
WEAPON STATS
Argentine Mauser Model 1889
7.65 x 33mm
SKILL: Firearms(rifle)
DAMAGE:  2D6+4
RANGE:  110 yards
SHOTS PER ROUND: 1
MAGAZINE: 5
MALFUNCTION: 98
.45 Revolver (Nigel's Webley .445 and Dr. Ursini's Colt .45)
SKILL: Firearms(pistol)
DAMAGE:  1d10+2
RANGE:  15 yards
SHOTS PER ROUND: 1 (3)
MAGAZINE: 6
MALFUNCTION: 100
Machete
SKILL: Fighting (Brawl)
DAMAGE: 1d8+DB
LINKS
Aid Camp Map
Dr. Ursini's Map
Dr Ursini's Mission Brief
Introduction Letter to Dr. Gomez
Bolivian Officer's Map
Posted by ChrisS at 9:52 AM