Edge of Night Session #13 - Back Where We Started 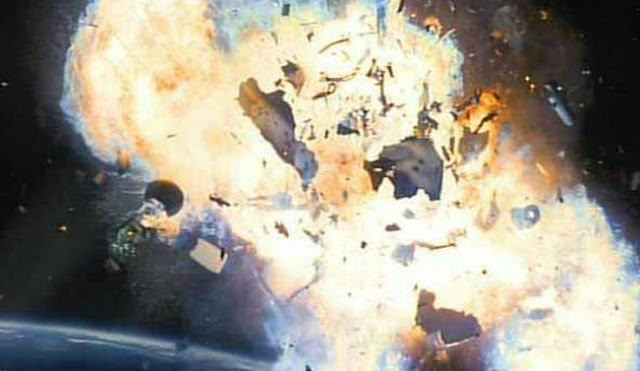 Back on the Superfly, the party heads back to Vordenhaven and discusses what to do next. No one really trusts the man that hired them, Rasim Meyer. Consensus is that he has somehow set them up for a fall. So they decide to dig through the public record for more information on Lysanni Laboratories; is it really in dire financial straits, who is the CEO and executive team, any hints that things are not a they've been told? Meanwhile on the flight back, Ms Cheung keeps an eye on their two prisoners (Dr  Johann Courville and navigator Oscar Hoyle. She notes they go through behavior cycles; and hour raging, followed by 6 hours in complete exhaustion and then 5 hours in a relatively normal, but voraciously hungry, state. They question Dr, Courville, as he is the first to emerge into a normal state. He seems to know nothing about the "special" research project Dr. Frank was performing. A few threats to space the biochemist confirmed he was telling the truth.

An encounter with a customs patrol while approaching the planet is resolved with no problem. Arriving at the Vordenhaven starport, they leave their two prisoners aboard the ship to be watched by Sylvanous and head for a public data terminal to do some research. Publicly available information seems to confirm all that Rasim Meyer told them. Still don't trust the guy though, so they go looking for information on other officers of the company.  Discover the CEO is one Robert Royce; a little hacking by Ms Sumter recovers the executive's home address. They decide to pay him a visit and deal directly with the top. And then a bulletin flashes across the screen; the Lysanni research ship in orbit  around the moon Kalstat (which the characters have just vacated) has exploded. Crap; any guesses who gets blamed? They get a second shock when they come across a wanted poster with Mr Fisker's face on it; apparently there is a significant interplanetary bounty on his head  for having stolen the Superfly. At least it pays best if he's captured alive rather than dead.

Both bits of information push the party to act fast. Mr. Fisker heads back to the Superfly to lay low, while Ms. Sumter and Ms. Cheung take a air/raft cab to Robert Royce's mansion. They bring the data from the reseacrh ship (being careful to leave a copy on the Superfly) and mange to talk their way past the guards and into a meeting with the CEO of Lysanni Laboratories. He proves to be a short, bald middle aged man in a nice suit. After some forced pleasantries, they get down to business. Mr. Royce does not trust Ms Cheung and Ms Sumter (the feeling is mutual) and plays hardball. He hands them a newly issued warrant for their arrest in connection with the destruction of the research ship. He also seems to be aware of the illegal research that was being done on board, and wants to ensure he doesn't take the fall for that bit of irregularity.  But he offers deal to the party. He'll get the warrant buried in bureaucracy for a few days, and pay the party the money owed them for the job (20000Cr each). And for another 50000Cr, he wants the party to transport him and his security chief to the Trezo [2021] system. It seems he has contacts there with whom he wants to make a deal. At this point Ms. Sumter and Ms. Cheung notice the mansion is obviously in the process of being vacated; spaces on the walls where pictures have been removed, furniture covered in moving blankets, and so on. It looks like Mr. Royce does really want to go. So they take the deal.

Robert Royce arranges for their departure in 2 days from a secondary starport on the other side of the planet. The party get the Superfly ready to fly and meet him there as arranged. But as they are standing on the tarmac getting ready to board, an unmarked, black,  late model air/raft tears across the concrete pad and disgorges three men in black combat armor and balaclavas, armed to the teeth. "Navy special ops" grunts Mr. Royce. It looks like everyone is gunning for the party on this planet. That gets everyone rushing abroad ship as Mr Flynn races up the engines for takeoff. Mr. Fisker stops long enough to roll a traq grenade across the field towards the men, who respond with a burst of laser fire. One beam hits Mr, Fisker, but he escapes unharmed thanks to his reflec armor.

The Superfly takes off into orbit, manages to dodge any navy patrols, and jumps to Notoc [1923]. A brief encounter with an outgoing Type R merchant (the Zip Clipper) is uneventful. They stay on world just long enough to just fuel up and prepare the ship for another jump, then take off for Trezo [2021]. En-route, Mr Fisker has Sylvanous whip up some new papers for him to hide his identity; he is now to be addressed as Mr. William Bisker, please and thank you.

Arriving in the Trezo system, they are challenged by a vessel claiming to be a planetary patrol ship. It demands the party haul to and prepare to be boarded for inspection. It all seems fishy to the party, from the ratty looking Type S scout on their screens to the not very trustworthy answers to their questions. So they play along for a bit, allowing the two ships to close before firing up their turret and launching missiles and laser fire. It's a short, one sided fight in which the pirate vessel (as it is now identified) is shot full of holes and had it's maneuver drive and turret taken out of commission. The party chooses not to complete the destruction of their foe, but promised to send help in return for whatever plasti-credits the pirates have on hand (which turns out to be a measly 3000Cr, fired over to the Superfly using a signalling rocket).

After that encounter, the Superfly touches down on the industrial wasteland of a planet at the main starport in the Izmalli Rift. Mr. Royce uses the ships radio to call his contact on Trezo, and everyone waits for him to arrive. To Mr. Fisker's surprise (he being the only survivor of the original party), it turns out to be the same same man who'd hired him back on Tortuga [2126] to steal the plans for the Kinunir cruiser. The gentleman, Herr Stephan ap Torville, is momentarily taken aback at the recognition. But before taking Mr Royce away to conclude their business, he does note there may be further opportunity for the party to be of service to he and his liege lord, the Sky Duke Gredan hoch Lippen und Schumburg of the Iagonn Suzeranity ....
Posted by ChrisS at 9:30 AM