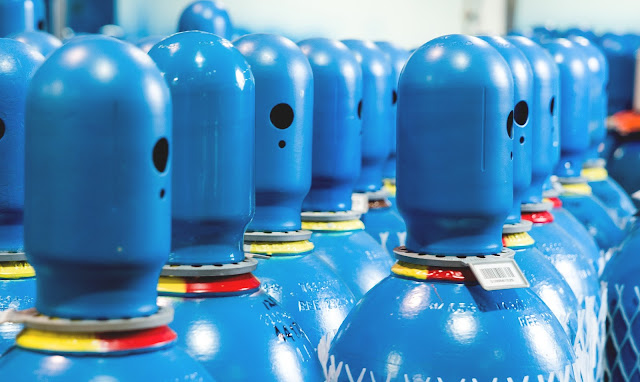 Mr. Kurigane slips quickly towards the cutter's airlock to sneak in behind Mr. Fisker, hoping that between them the two could surprise and overpower any opposition on the other side of the door. Unfortunately, the  pirate watching from the cargo bay door spots him and fires a shot from his laser carbine at the erstwhile naval officer.  And most likely raising a hue and cry to his compatriots inside. Time for finesse gone, Mr. Kurigane and Mr. Fisker burst through the inner airlock; Mr. Fisker heads for the door to the bridge, and opens it to find a shot gun pointed in his face and  a second person sitting in the pilots chair. There is a pair of shotgun blasts, then a flurry of swinging gun butts and brass knuckles (as the pilot joins the fight), all performed in zero G as the pirates have turned off the grav plates in addition to depressurizing the boat.

Mr. Kurigane heads for the passenger compartment, presumably where Baron Kundra and Mr Hammill are being held. And indeed they are, tied up hand and food and covered by a shotgun wielding pirate. As the big navy lieutenant charges madly at the guard with his sword, Mr. Hammill and Baron Kundra throw themselves bodily at the same fellow, hoping to throw him off balance. Baron Kundra makes contact and is then able to brace against a seat, but Mr, Hammill misses and ends up bouncing out of control around the room. The pirate from the cargo bay now enters the fight with his laser carbine. Mr. Kurigane is able to free Baron Kundra and skewer the first pirate. However, at this point, the pilot appears in the cabin, he and the other bridge pirate having rendered Mr. Fisker unconscious. He then does the same to Mr. Kurigane, leaving three armed pirates against Baron Kundra and Mr. Hammill, who is still bouncing around the room. The pilot, who name they now learn is Cristovo 'the Pain', calls on them to surrender. Seeing no other option, the pair agree and everyone is once more tied up and secured to their seats.

Cristovo begins to question them, to get the story on the 'Wasp'. The party tries the same combination of veiled references to the Crimson Wave before giving up and telling the truth. They learn the pirates have located the 'Wasp' in orbit around Scalpel, but have not yet boarded the starship. The arrival of the characters on the pinnace put those plans on hold. Having gotten the full story of the 'Wasp', Cristovo is now wary of risking he or his crew on board the drifting vessel. He gives the party a choice; one of them goes aboard the 'Wasp' to investigate or they all get spaced as the cutter makes it's way back to the scout ship. While neither option is palatable, in the end Mr. Kurigane agrees to scout out the scout to save their skins. Shoved back in his vacc suit, the lieutenant is sent across the void to the 'Wasp' with no weapons or tools, and a live comm link jammed open to the pirates.

Mr. Kurigane gains access to the "Wasp" through the engine compartment airlock. Looking around, he notes everything is powered up and seems to be in perfect working order. No sign of a drive or powerplant issue. Curiously, the maneuver drive hasn't been switched from standby to active. That would be standard procedure for a ship coming out of jump, but in this case the pilot did not do so. First selecting a few heavy tools to use as weapons if needed, Mr. Kurigane searches the rest of the ship. He finds nothing unusual or out of place until he slides open a stateroom door. There he finds the body of the pilot, Nina Claire, lying in a pool of her own body fluids and vomitus. Obviously dead for some time, probably since the ship came out of jump a month ago, if not before. Which would explain what happened; the ship came out of jump and simply drifted to it's current location, getting caught quite by chance in Scalpel's gravity well. Leaving the body for now, Mr. Kurigane continues his search, ending in the upper cargo compartment. There he finds the mystery cargo, and an explanation for the gory mess below. The cargo consists of a dozen tall gas cylinders, unlabeled but painted a sickly green. One of the safety caps has become dislodged, and close examination reveals a cracked cylinder stem. It looks like whatever is in the cylinder leaked out and filled the ship; something quite nasty to have offed Nina so grotesquely.

Mr. Kurigane goes to the bridge and report back to the pirates. Cristovo orders him to vent the ship to clear the gas, and to space the empty cylinder and Nina's body.  Then tells him to stand by, as he and one of the other pirates were coming over. Mr. Kurigane follows the orders, but then gets to work on his own plan. Gathering everything he can find that's heavy and not nailed down (including the bar fridge from the lounge), he piles it all in front on the engineering space iris valve.  Stationing himself on the bridge, Mr. Kurigane waits until he notes the pirates cycling the engineering space to vacuum and coming inside. Before they can close the door and start re-pressurizing however, Mr. Kurigane opens the inner engineering iris valve, using the rush of the ship depressurizing through the open door to propel all his loose junk into the engineering space and the faces of the pirates. One pirate grabs on to a handhold, but unfortunately has his head caved in by the flying refrigerator.  Cristovo is tumbled out of the open lock into space, and a few minutes later is vaporized by shot from the ship's beam laser.

Meanwhile aboard the pirate cutter, Baron Kundra has been working on their guard. Trying to convince him to switch sides, the Baron offers him half the profit from selling the poison gas, convincing him they have a willing buyer lined up already. The remaining pirate is intrigued but worried the party will turn on him the minute he frees them, since it's now 4 against 1. In the end they come to a deal.  Baron Kundra will have his bonds removed so he can pilot the 'Wasp', but he won't get his weapons back. The other three party members will remained tied up and unarmed for now, until they are able to make contact with the buyer. They decide to abandon the cutter since the pirate  (who had been the cutter's gunner) couldn't trust anyone to fly it; he can only hold a gun to the head of one pilot on one ship.
Posted by ChrisS at 7:30 PM