While Einer continued to stand rigidly staring at the ceiling of the room (a posture and position he maintained for the next few hours), Chaff sent Dirty Bird aloft to the far end of the bridge to see what awaited them. The the tattered parrots eyes, Chaff could see five people standing at the end of the bridge in the other tower. Four stood some ways back from the bridge; an older and well dressed woman, a somewhat uncomely and practically dressed lady in her thirties, a plainly dressed and keen-eyed woman of middle age, and a portly and round cheeked man in livery.  The fifth, a beautiful young woman in a flowing white gown, steeped onto the bridge and approached, stopping when she reached the parrot. Chaff began to walk forward, followed by Abdul el Abdul, Azimer and Villius. Raising his hands in a sign of peace, the little vivimancer spoke to the girl as he approached, telling her they meant no harm but were fleeing from the cultists of Manakata and were looking for Duke Don Fernando. He followed up by questioning the girl, asking who was she, and who were the others? "We are Xaxus", replied to girl. That was somewhat unexpected, and some further banter revealed the five to be some sort of collective mind or entity or cult. Further questioning about the Duke, their past identities, and similar lines of inquiry drew out no more information than "We are Xaxus". More kooks then. The girl was interested to hear of the party's troubles with the cultists of Manakata.  It became apparent that this group had fled from the cultists and were holed up here in the tower to stay safe from the muscle bound men. After several eye-rolled-back-in-head communions with the other parts of Xaxus, the girl offered the party the opportunity to become part of Xaxus, to become one with the great intelligence, and to help defeat the cultists of Manakata. 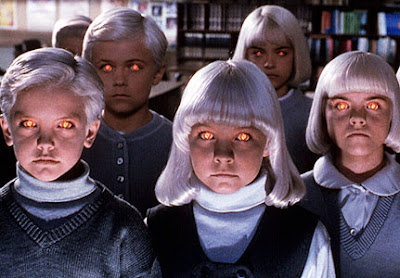 It was apparent that the party had found the remains of the Duke's party (although he was no where to be seen), but all were under some sort of enchantment, mind control, or whatever. Not ready to join the loonies just yet, the party did agree to talk about dealing their common foes. The girl and the other four led to party to a nearby room to talk. After negotiation, Xaxus agreed to provide the party with weapons (blowguns and some sort of coconut sized stone grenades) to help them defeat the cultists. If successful, Xaxus also offered them gold in reward. When the girl heard the party had arrived by ship, she also indicated that some of the parts of Xaxus would like to leave the island to spread Xaxus throughout the world.

While this negotiation was going on, Chaff noticed the keen-eyed woman seemed to be a little more alert and independent than the other parts of Xaxus. When the parts of Xaxus and the rest of the party headed off to recover he proffered weapons, the vivmancer lingered at the rear and gestured for the woman to stay with him. In a short whispered conversation, Chaff learned that she was not a part of Xaxus, but still in control of her own self. When the Duke's party took refuge in this tower, they'd discovered a strange green obelisk covered in weird pictographs. She had studied it, and had begun to be overwhelmed by a desire to merge with an alien intelligence called Xaxus. She fought the urge, but the others did not and become parts of the whole.  Quite frankly, she thinks they're all crazy, and just wants to get away! She indicated the Duke was somewhere in the tower, but he too was now a part of Xaxus.

Meanwhile, Abdul el Abdul arranged the weapon transfer from Xaxus. The blowguns came with darts coated in paralytic poison. As for the grenades, no one knew for sure what they did. Abdul el Abdul took one and threw it against the tower. It broke, and immediately a green mass of plant growth started to cover a 10' square area, crumbling away the stone. Ready now to get away from Xaxus and discuss their plans, the party headed back to the first tower (the parts of Xaxus being unwilling to let them descend their own tower since the party was not one with them). Hester, the non-Xaxus woman, came with them, supposedly to represent Xaxus. When they were safely away from the other, she broke down into near hysterics and asked about the ship that could take her away from the madness! Azimer turned to point to the horizon, but was dismayed to see the "San Lorenzo" was no where in sight. Chaff sent Dirty Bird aloft to search, and the bird could likewise see nothing. Troubled, Azimer decided to sneak back to the beach and into the ocean, looking for a fishy friend to help track down the ship (the party assuming the vessel had been driven off in yesterdays gale). When the calmonari reached the beach, he/she was relived to find the gig still there. But washed up on the stand were three bodies; two were a pair of the shipwreck survivors they had rescued, while the third was Captain de Moncada himself. The two castaways had been hanged, but  Captain de Moncada showed signs of having been beaten to death. That didn't bode well, so Azimer dove into the waves and soon encountered a pod of porpoises. Speaking to them in their clicking tongue, Azimer learned that the ship had sailed away to the north just short hours after the party had been deposited on shore. It would appear that the party was now stranded on a tiny island with two crazy groups of cultists. 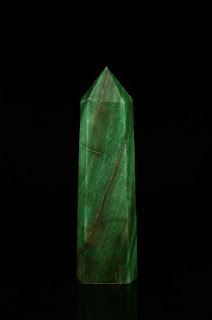 Azimer returned to the tower and informed the others of their predicament. Deciding there was not much they could do about being castaway right now, discussion turned to what they should do at this point. Even with the weapons provided by Xaxus, they part didn't feel they were able to defeat the cultists of Manakata. And they still wanted to collect that reward for saving the Duke. So conversation turned to finding a way to break the parts of Xaxus out of their spell or control or whatever it was.To do so, they decided they needed to get close to the weird green obelisk. And the best way to do that was to fake interest in becoming part of Xaxus. With Hester in tow, the party headed back across the bridge, to be met once more by some of the parts of Xaxus: the homely woman and the man in livery were now joined by a richly dressed older man and a portly fellow in clerical vestments. The party successfully convinced the parts of Xaxus that they wanted to join with them, and were thus led up a set of stairs to the very top of the tower. There they found the older, well dressed woman, standing on a short stepladder intently studying a 12' tall obelisk of waxy green stone covered in intricately inscribed pictographs. The parts of Xaxus gestured the party towards the obelisk, who responded by putting their plan into action. Azimer had already cast his/her scroll of protection from magic, hoping it might negate the power of the obelisk once the calmonari came close to it. That didn't seem to work, so the Azimer and Abdul el Abdul instead lobbed a series of the stone grenades at the obelisk, thinking the plant things inside would crumble the green rock to ruin. That didn't seem to work either; the plants could not gain hold on the rock of the obelisk and simply slid down to the floor. In the process, the older well dressed woman fell off the stepladder, and the homely woman was splashed with the contents of the grenade. The vines started to cover her body and she screamed in agony as the roots dug into her flesh.

This, of course, was enough to rouse the rest of the parts of Xaxus into action. A combination of paralytic blowgun darts, nets and flat of sword dropped them all however, and soon the parts of Xaxus were incapacitated, bond and gagged. That still left the obelisk. Chaff lit up a match cord and fired a pistol shot at point blank range at the weird green stone, which didn't do any damage to the stone and just sent the bullet to ricochet around the room.  And made an awful lot of noise, and  moments latter the sound of others running up the stairs could be heard. The first to emerge was an old woman, dropped by a dart fired by Villus. The second, a dashing man in a naval uniform, charged up with sabre in hand, slashing down at Villius before he too was felled by a dart. Just as these two were hauled off the stairs and tied up, two more parts of Xaxus appeared from below; the pretty young woman who had been the previous spokesman of Xaxus, and another young girl. These put up the toughest fight, lashing out with bludgeons, and dropped Villius dead to the floor. They too, however, soon fell to nets and flat of sword, leaving eight parts of Xaxus  trussed up on the floor. Hester confirmed that all parts of Xaxus were now accounted for.

Which still left the problem of how to break the hold of Xaxus on the Duke and his household, so the party could collect their reward. Questioning Hester about the rest of the tower, the party did learn of a weird plant that grew in one of the rooms below. The parts of Xaxus would feed regularly on the plants nectar. Perhaps it played a role in their enchantment? The party decided to investigate this plant, and also look for any monetary reward to which they could help themselves (Abdul el Abdul having already lifted a diamond necklace from the older, well dressed part of Xaxus).  Hester told them the Duke's treasure had been recovered from the wreck of the "La Juliana" and was hidden in a chamber below the tower. So, leaving their bound prisoners where they were, the party descended the stairs, heading for the treasure room. Along the way, Azimer took a side trek to the room with the plant. The calmonari found a huge fleshing plant growing through a fissure in the floor. The room smelled of a spiced milk aroma, and a half dozen flower stalks seemed to wave around and reached out towards Azimer. Who responded by lobbing flask after flask of flaming oil at the thing, which eventually began to smoulder and sizzle and burn. 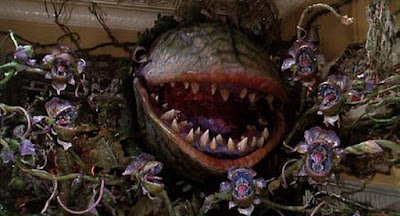 Chased away by the smell of burning spiced milk, the party passed down more stairs and into a room filled with spikes of rock emerging from all the walls, floor and ceiling. On several were impaled ancient, twisted skeletons. Hester led them though this maze to a blank wall, which opened up when she twisted one of the nearly stone spikes. On the other side was a tumbled, partly collapsed room. More skeletons lay crushed under he rock, so the party very quickly grabbed the two chests Hester pointed out (one filled with gems, the other with gold bars) and they all headed back up to the top of the tower. There, they found that their prisoners were starting to recover, and were still very much parts of Xaxus ...