With a significant proportion of his away crew recovering from grievous wounds, Thorgrim reluctantly relented and allowed Azimer and Chaff to recruit help from amongst the crew of the "Serpents Revenge". Chaff convinced the ships cook, Herb, to come on board as his new retainer/carrier. Likewise, the egocentric Abdul el Abdul was more than happy to lay down the rigging lines and take up the spear in search of treasure. Suitably reinforced, the four had the jolly boat row them to shore to make one last ditch effort to recover some wealth from these caves.

Chaff suggested they investigate the largely unexplored dry well, hoping that no more crab swarms would climb out to bedevil them. Once there, Abdul el Abdul tossed a rock down the well to rouse whatever might lie below. When nothing happened, Chaff strong-armed his new henchman into climbing down the well to determine where the side passage led, and find what may lie at the bottom. Playing out 100' of rope, Abdul el Abdul held on end as Herb descended.  A quick glance down the side passage showed that it went straight east at least 30', then disappeared into darkness. Chaff shouted down the well, telling Herb to keep going unto the bottom. Herb complied, and Abdul el Abdul felt the line go slack just as he noted a faint sound above him. Looking up, the fighter spied four gliding cave lamprey about to drop on the unsuspecting group. Dropping the rope, he pulled out his grappling hook to snag one of the beasts. Unfortunately, he'd forgotten his rope was down in the well and not attached to said grappling hook. Even so, he scored a solid hit on one of the lamprey, and both it and the hook fell to the floor. Of the other three, one attached itself to Azimer, but the calmonari was able to pry it off with his/her trident. Another was bludgeoned to death by Chaff, and the fourth decided there was no easy meal to be had and glided off into the darkness. 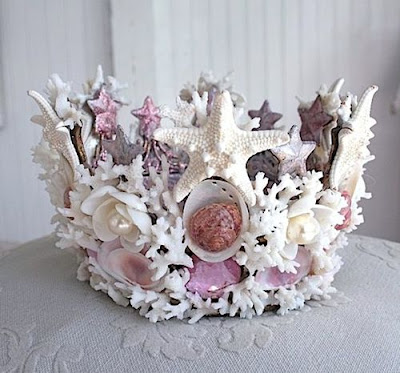 Meanwhile, Herb down in the well had found a human-ish skull wearing an elaborate crown of coral, semi-precious gems and shells. When the sounds of combat ended on the surface, he called up for help getting out. Thankfully, the rope had gotten snagged in a crack on the floor when it was dropped, so they were able to pull the cook out of the hole. Showing off his find, Herb stated the crown must be worth at least 1400gp to his discerning eye.  Encourage by this, the party decided to explore the side passage that led out of the well. Tying the rope around the stone well, the four climbed down and east east along the 6' high passage. It did not go far, end in a blank stone wall after about 50 feet. Looking up, they saw that the ceiling at this point rose a few feet higher than the rest of the tunnel. Abdul el Abdul glanced quickly and declared there was no way out in that direction. Azimer wasn't convinced, and after a few minutes search, the calmonari discovered the ceiling was actually a round plug. Chaff ordered Herb up on Azimner shoulders to try pushing it up, but it was much too heavy for the rotund cook. Azimer tried on his/her own, but it was just a little too high to reach. In the end Abdul el Abdul climbed up on the calmonari's shoulders and lifted the plug out of the way, sliding it into a convenient (and thankfully untrapped) slot to one side of the shaft. Looking up, the fighter could see handholds on the side of the shaft, so he jumped up off Azimer's shoulders and started climbing. The others followed, and found themselves, after a 40' climb, in a passage heading east.  Moving slowly forward, Azimer got the distinct impression they'd been here before. They soon came to a Y-intersection, and realized this WAS an area they'd been before, and had the map to prove it. The shaft had led them back to the twisting tunnels west of the room full of technicolor blobs. Well, since they were close, they decided to keep heading that way, figuring there must be more treasure at the end of that trail of coins and gems they'd looted the day before. Azimer, however, first ran back to recover their rope from the well; they seemed to always be in need of more rope.

Now back at the  ooze cave, they hatched a plan. Chaff, Herb, and Abdul el Abdul would stay at one entrance to attract the mobile messes. Azimer would sneak around to the other entrance to see to where the last unexplored tunnel led. This worked well, and the calmonari was able to tip-toe past the immobile jade goops and mauve glops to the tunnel entrance. There he/she stopped, as just 5 feet inside was a ring of jade rock through which the calmonari would have to pass to proceed any further. Hesitantly, Azimer touched the ring with a belaying pin. When nothing happened, she tried again, touching it this time with a single finger. This time the ring started to vibrate, and two jade goops squeezed from the ceiling portion of the ring to fall on the calmonari. Screaming as the slimy stuff burned his/her scaly skin, Azmier ran for the exit just as the resounding BOOM of a pistol echoed from the west.

There, Chaff, Abdul el Abdul and Herb were surprised when a sahuagin fish-man appeared in the tunnel behind them. Thinking fast, they tried to step aside and let him pass, so they could then watch what the goos and globs would do to the creature. But it would have nothing to do with that plan, and instead barred claws and teeth to attack the trio. Well, one shot from Herb's pistol put an end to that idea, and the slightly wounded and thoroughly frightened creature turned and ran back into the darkness.

Shortly after, Azimer rejoined the trio and spent a few minutes scrapping off the remains of jade goo and nursing some damaged skin. Stilling wondering how to defeat these things, the party tried burning an aquamarine goop with oil, but it seemed to have no effect. Figuring even if they could find a way to fight them, the number of slimy things was more than they could handle. So instead, sneakiness would have to prevail. In a repeat of the previous plan, Azimer and Abdul el Abdul would head for the unexplored tunnel to search beyond the jade ring. Herb and Chaff would stay where they were and attract the goops attention as best as they could. Once more , this seemed to work, as the mobile slimes crowded over towards the vivamancer and cook, leaving a relatively free passage for Azimer and Abdul el Abdul. The only problem was that the tunnel was now blocked by a pair of jade goops. Abdul el Abdul took care of that by flipping his bedroll onto the slime, and then he and Azmier carefully stepped through the ring (but only after first testing to ensure nothing happened when something passed through rather than touched the ring). Once on the other side, they could see more coloured rings (mauve, vermilion, aquamarine) every 10 feet. These were bypassed the same way, and the two found themselves in a cave. At the far end was a bench carved out of the rock and on it were three small, but elaborately bejeweled and carved, chests. At about this point, they heard another BOOM as Herb discharged his pistol, the signal that the glops were on the the move and Azimer and Abdul el Abudl risked being trapped. Each hastily grabbed a chest, and carrying it under one arm, leapfrogged back out of the cave, just barely ahead of their gooey pursuers.

Meeting again, the four gleefully ran to the open air of the beach with their loot. Once there, Azimer checked each for traps. Finding nothing, but noting both chests were locked, each of the four tied to jimmy the locks. Too bad Gormus was back on the ship abed, as neither were able to figure out the delicate yet complex mechanism. Oh well, brute force it is then. Abdul el Abdul was able to open his the minimal damage, by Azimer's webbed fingers managed to smash up a couple of panels while opening the second. Inside, each chest was filled mostly with decayed scraps of vellum and cloth. Azimer's also held a crystal heart, while in the other was a golden dinner plate and a strange crystal. About 6 inches long, it was inscribed with the same weird squiggle and dot writing the party had encountered previously in the caves. Chaff, being the most learned, and having examined the writing before, tried to decipher it. He had no luck, but a curious thing happened when he held it in his hand. The crystal turned like the needle if a compass, pointing to the south east. It did the same when held by the other three members of the party.

That was all well and good, but there was a third chest to recover. Following the so far successful plan, Azimer and Abdul el Abdul ran into the cave while Chaff and Herb distracted the glops. They recovered the last chest without incident, but rather than ruin this one, opted to call the jolly boat back and find someone on board ship more handy with locks than they. Back on board, Thorgrim broke into a grin for the first time in weeks, and the crew started to whoop and holler at the sight of some real treasure. The beefy captain also proved to be deft with a set of lockpicks, and the third chest was opened without damage. Inside it was the same as the other two, with the only valuable item being a couple of strips of elaborately woven gold cloth. Lothbar, the legless dwarven first mate, appraised all the treasure at quite high value, noting the two damaged chests would have been worth much more in pristine condition ...

LOSSES
Surprisingly, none
Posted by ChrisS at 8:10 PM