Two new spell casting classes for the Far Isles campaign; the Vivimancer and the Aquamancer. Neither of these are my own creation, but are lifted with just minor changes from "The Complete Vivimancer" and "Wizardzine #1" by Gavin Norman.

The vivimancer and aquamancer may use all magic items typically available to magic users, with the exception of spell scrolls. Spells found on scrolls may be added to the vivimancers or aquamancers spell book as normal if they are included  their regular spell list. Other spells can be transcribed into a vivimancers or aquamancers spellbook for double normal costs and time. There is a 10% chance per level it won't work, however. In addition, the spell must be rewritten to fit the magical specialty. All re-writes requires the approval of the DM.

Spells that are not on their list may still be cast from the scroll, but there in a 10% chance of failure per level of spell being cast, with potentially catastrophic consequences. Similar restrictions apply to magic user and elves who try to cast spells from vivimancer and aquamancer scrolls. 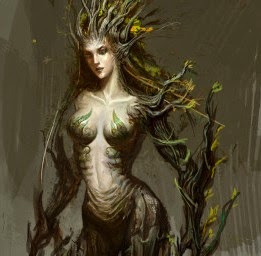 The bayous and fens which separate the coast of Langushur from the rest of Easrae are resplendent with with wild and uncontrolled growth. Huge mangroves, thick reeds and vines, and dark creatures that dwell in and about the waters. The lands and waters are also thick with magic, and those who study the magical arts may learn its secrets. The vivimancer specializes in warping and controlling the forces of nature. They are, however,  not sacred protectors of the balance of nature. They instead bend nature to their will and use, by mutation, transformation and warping of the flesh. The vivimancer also strives create new life forms, through cloning, vat growth or genetic manipulation

All of the vivimancer spells are found in "The Complete Vivimancer". The list is given below. Many of the spells are new and unique to the vivimancer and are found only in the above book. However, many are drawn from freely available sources, as noted below.  Regardless, anyone playing a vivimancer will get a copy of all the spell descriptions. 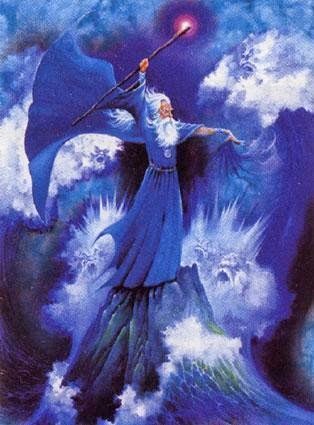 Langushur is a land by and of the sea. Over the course of it's history, it's wizards have developed specialized
forms of magic which cater to the needs of a life on the waves. Control of weather, survival in the water, handling and repair of ships, navigation, and dealing with the creatures and monsters of the watery depths are the stock and trade of those masters of the arcane arts who have business on the great waters.

Like the vivimancer, many of the spells of the aquamancer come from the "Advanced Edition Companion" or "Theorems & Thaumaturgy". Most of the rest are from "Wizardzine #1", and a few are completely new.   As with the vivimancer, anyone choosing to play an aquamancer will get a copy of all the spell descriptions.